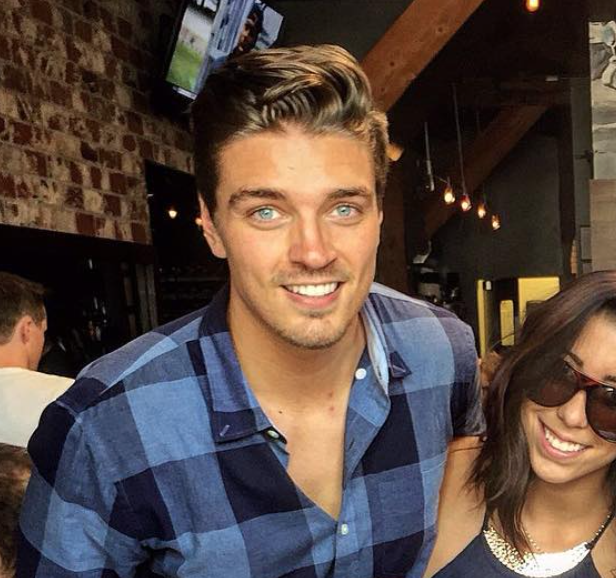 Last night’s Hometown dates were intense–one date in particular, Dean Unglert’s. 26-year-old Dean very reluctantly brought Rachel Lindsay home to Aspen, Colorado to meet his estranged and very ‘strange’ father Chip Unglert. The reunion between Dean and his dad was not a success to say the least. It was a disaster of epic proportions.

And adding insult to injury, after Dean told Rachel that he was falling in love with her and she reciprocated, she dumped him.

It was excruciating to watch all around. And thank God today we got the good news that Dean will get a second chance at love on Bachelor in Paradise which premieres Monday, Aug. 14 on ABC.

E! News spoke with Dean today about why he decided to give paradise a try,

“I think that in the back of our head we all kind of want to find the one,” ….”So if this is another opportunity then better…but I was just more sold on the fun experience that we could have in Paradise. I think we all had a good amount of fun. I’ll be excited to see it all play back.”

In regards to recovering from the Bachelorette heart break he said, “I had some time to clear my head and move on.”

Shockingly, prior to going on The Bachelorette Dean never really watched the show so didn’t know who he may want to meet in paradise. “I was never really a big fan of the show,” Dean said. “So I really didn’t know much about Nick Viall’s girls or even Ben [Higgins]’ girls or anything like that. But I was really excited to see a lot of the guys from my show!”

It’s always about the bromances isn’t it? Since filming Dean has become friends with Robby Hayes from Jojo Fletcher’s season and Ben Zorn from Kaitlyn Bristowe’s season.

But no surprise Dean will be a huge hit in paradise. It looks like Danielle Maltby will pursue Unglert.