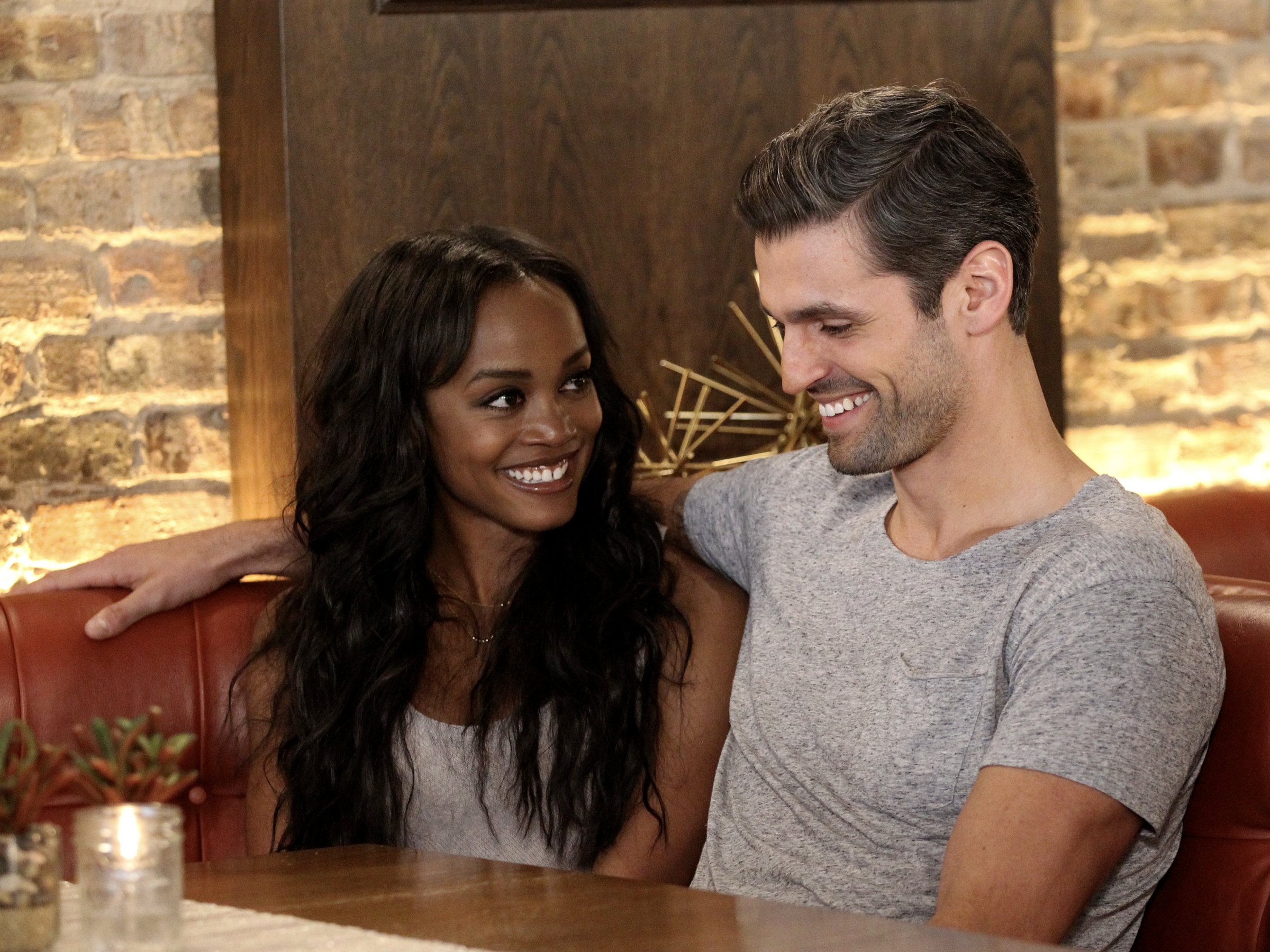 Tonight on Hometowns Bachelorette Rachel Lindsay goes home with her men to meet their friends and family. One of those men was model Peter Kraus of Madison, Wisconsin. Now Peter’s Hometown was interesting because I think it was less about Rachel and more of a campaign to be the next Bachelor.

My theory is that either Peter is pining for his ex girlfriend Brittany Hansen or he is angling to be The Bachelor in 2018. Either way he is not interested in winning this thing. In fact I suspect he’s getting a bit nervous that he could win and is working on his exit strategy.

Of course in order to become The Bachelor Peter has to make sure that Rachel breaks up with him and not vice versa.

First  he introduces her to his friends who are primarily black aka ‘I’m not racist and I like black chicks and would make a great Bachelor’.

In fact he bragged to Rachel, “I have ten close friends. Eight out of ten are black.”…just in case his lack of romantic interest in Rachel is ever called in to question as a result of race.

Peter confides in his friends that he’s confused and doesn’t feel confidant that he will be ready to propose in two weeks.

Peter’s friends promise Rachel that Peter can be goofy. They also tell Peter they like her and warn him, “Don’t f— it up.”

Then off to meet Peter’s parents Lynn and Gary, and his brother David, his wife and an adorable niece. Of course every serious Bachelor in training knows that lots of footage playing with small children is paramount to winning the lead.

Peter’s mom warns Rachel that he may not be ready for marriage after he confides in her that he is freaked out. Peter laments about how he is not yet in love with Rachel and worries things aren’t going to end well.

In fact in her blog she wrote:

“His household was everything I would expect from a warm and welcoming Midwestern family. The only moment that evening that took me by surprise was his mother’s statement that she did not think that Peter was ready for a proposal at the end of this journey. I started becoming concerned Peter may not be able be totally open to the notion that this journey could take our relationship to place where he would want to propose in the next few weeks and now his mom was saying it wasn’t necessary.” “Embarking on this journey, I was looking for something different. I did not come all this way and make these sacrifices to have a boyfriend at the end of all of this. I was looking for some thing deeper and I am looking to find that with someone who wants that same thing as me. At the end of the evening, Peter reassured me he was closer than ever to being in love, but he was not there yet. Although there is something about the sentiment with which Peter says and does the small things with me that tells me he’s closer to it than he’s letting on, I’d be lying if I said I wasn’t nervous he’d never get there.”

Essentially he not so subtlety is telling Rachel to hurry up and dump him so he has time to be cast as The Bachelor….in my humble opinion.