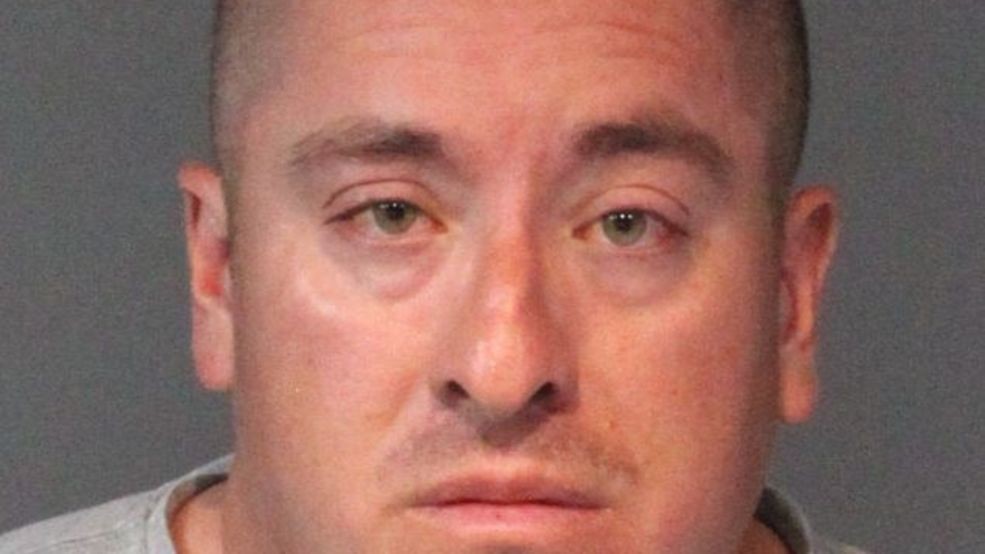 SPARKS, Nevada — It’s that time again! — time for 70,000 adventure-seekers to trek to the Black Rock City desert to build a temporary adult playground for one week. And for the last few years getting tickets has been a serious situation. Since 2013 the event has sold out the same day tickets were released. Thus, since then, scalpers and scammers have been seriously exploiting the ticket shortage.

And this thug in particular, 37-year-old Kristian Walters, has been one of the worst charlatans BRC has ever seen.  Walters was finally arrested last month in Reno, Nevada for selling fake tickets, check fraud, burglary, obtaining money under false pretenses, and identity theft— among other charges. Per my calculations from the rap sheet below, the total thus far is $86,500 and I suspect that’s not all — by any stretch.

He is now under the lock and key of the Washoe County Sheriff’s Office and detectives are looking for more victims.

What is shocking to me is that it took authorities this long to arrest Walters–especially since he was on probation! There have been numerous complaints against him to the authorities for fraud for years now going back to at least 2007.

In fact the brazenness of Walters makes me think he has connections in high places that helped facilitate this massive fraud aka organized crime.

Here is this losers mugshot from 2013. In fact, reading between the lines, I would bet money (pun intended) that Walters is also a professional bookie from his extensive involvement in “marketing” professional athletes.

This ass-wipe even has a college degree.

Here are just a few of the complaints I found from people online:

“Kristian Walter is a fraud who deserves to be in jail.

I purchased a Burning Man ticket from him on August 8, 2014. He CLAIMED to be in Canada and work for a weapons defense group. First, he said he would mail it 2 day Fedex. He claimed to have mailed it, but sent me a picture of a USPS priority package with no postage and a “law office” address (which does not exist).

I gave him the benefit of the doubt (my fault) and kept checking the USPS tracking number, only to be informed by USPS that the package was never mailed.

When I asked him about that, he said he would have “his brother” check as soon as possible because he was “out of town.” I did not hear back from him the next day, when he said he would contact me.

FYI – if he tells anyone that, it’s a LIE, because at the very least I had absolutely no affiliation with this man prior to this incident.

“I’m simply amazed that this individual has yet to be caught or punished for all the financial hardships he has caused numerous consumers via the web and/or craigslist.  I dealt with Kris in 2011.  I had sold him tickets to a deadmau5 event.

He said he would wire the funds to my bank account.  And after they cleared I was to send him the tickets.  The money he sent was sent was via a check, not a wire but the strange thing is it appeared to be a wire on my side.

He definitely knows his way in the banking industry and I presume he may have someone on the inside at US BANK or WELLS FARGO, perhaps BOTH.

He cancelled his checking account just as the check had cleared.  So although on my side it appeared that the money was in the bank, it really wasn’t.  Two days later the bank pulled the funds which was $720 plus I was charged a bounced check fee!  I tried numerous times to contact him.

He pulled the classic case of not knowing who I was, mentioned he was in a meeting, or that he’d call back then he eventually blocked my number.  I filed 2 cases with the Reno NV PD, the first was closed for no reason.

I obtained twitter photos and facebook photos of him at the event, I contacted the bad check department in NV, and nobody has helped me at all.  I felt completely helpless and it’s frustrating to know he’s still getting away with this behavior.  I read this site’s report and felt I needed to share my story as well.  I have contacted his PO and I’m waiting to hear back as of 9/13/2013.  I really would like to see this SOB put into prison where he belongs and I’d definitely like my money back.”

“I also got ripped off by Kris Walters depositing money into the same wells fargo account on July 2nd tuesday for trying to buy 2 burning man tickets for $525 and its been a month since he took my money with no refund.”

And check out this complaint against Walters and his girlfriend for selling fake Prince tickets. Note the interesting accusation that they are mafia:

“So nik here is the perfect couple of fcking people over…First there is Bri Mounts…AKA super whore (or ill sleep with all my baby daddy’s friends with cash) and then there is Kristian (K Deezy) Walters AKA You think I got inheritance but its really left over cash from Smugglin money and guns for the Chinese Mafia..ooops did i give up the Secrets.”

“Nik these two made a great couple till they were exposed for the truth..She saw her own personal gold mine and he saw his way out of life that will never escape him. The lied and cheated on each other everyday. …..i hope reno keeps a close eye on them cuz they cant be trusted…they always have another motive on how to get by on people…not caring who they hurt or who their kids are exposed too. Can you say parents of the year lol!”