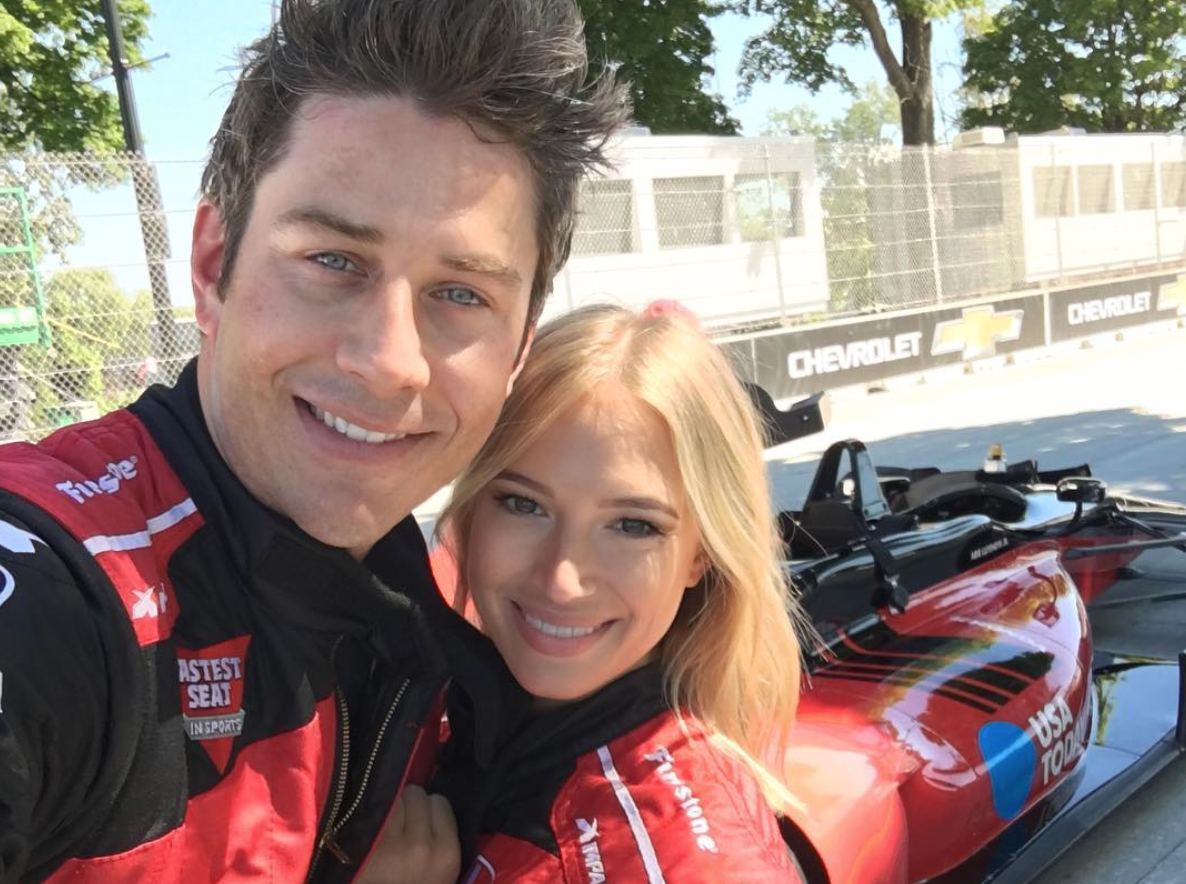 Bachelor Arie Luyendyk Jr. isn’t really off to the greatest start as filming of the 2018 season of The Bachelor begins.

It seems the handsome, lip-locking lover has apparently left a lot of broken hearts in his wake over the years. Let’s just say the 36-year-old Dutch racer driver likes to ‘hit ….. and ….. run’.

And now some of his casualties, aka exes, are coming forward.

To back up a second, I was genuinely shocked when producers announced that Arie would lead the season. I mean he was hugely popular in 2012 when he starred on Emily Maynard’s season of The Bachelorette, but since that time he and his sidekick Jef Holm have acquired an epic reputation for their penchant for the ladies—especially the young ladies.

It seemed certain that his ex girlfriends would raise hell for him and the show if he was ever chosen as the lead and certain that producers knew this–thus squashing any chances for him to be The Bachelor.

Luyendyk has begun filming. He’s already met his 25 amazing ladies, but some other ‘amazing ladies’ — from his past are coming forward to question Arie’s intentions.

Former girlfriend, Arizona-based sports reporter, Jenna Jones, 32 claims that Arie’s “a dude who claims to be a hopeless romantic but forever cheats on and does despicable wrongs to women.”–Yikes! And sadly that sentiment was shared by others.

Perhaps, most shocking is news from his most recent ex, 26-year-old Sydney Stempfley, who claims that she was “blindsided” to learn Arie was the next Bachelor just a month after their split. “I have questions, of course, [like], ‘Is this the reason? [Is this] why you broke up with me?”

“The show would be perfect for [Arie], until it comes to choosing just one,” she said. Hahaha! Sadly I think that’s so true.

Emily Maynard’s ex-fiancé Jef Holm has already distanced himself from Arie saying, “Oh, the stories I could tell,” he tweeted….later adding, “I stopped being friends with him years ago because he’s disgusting.”

Wow! What did Arie do to prompt such surly shade from a former friend?

Well these claims are nothing new. Back when he was on Emily’s season several women also came forward. Cassie Harshman among others had some not-so-flattering reviews for the Bachelor. She is the single mom Arie lived with that miscarried his child.

Ex Courtney Robertson has remained tight-lipped about her time with Arie. And ex Selma Alameri has had nothing but kind words for him, but those are two Bachelor Nation alumni and perhaps producers “helped” with that.

Anyhow, these revelations don’t bode that well for the upcoming season. ABC may need to bring back the therapist circa Brad Womack’s season ASAP.Photo Source: In

2 thoughts on “Arie Luyendyk Jr. gets blasted by ex girlfriends as filming begins!”