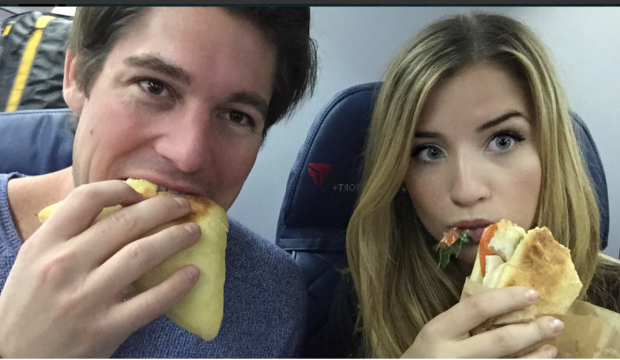 Craig Conover and Naomie Olindo seemed perfectly suited for one another on the previous 2 seasons of Southern Charm, but things are not always as they appear because the couple has officially called it quits.

Naomie replied to a fan today that asked if she was still with Craig in an Instagram post.

“Unfortunately we are not,” she responded. “But we are still great friends.”

Another fan weighed in: ”Craig is a good guy and a good catch. That is why she was with him. Nobody is perfect.”

Naomie would respond with, “Thank you! Could not agree more. Craig is awesome.”

In my personal opinion Naomie could not deal with the fact that Craig is living a giant lie. He allegedly passed the BAR exam this year, but I’m not buy-in’ it.

Either the BAR is WAY easier than we think or Craig has friends in high places that helped him pass without ever opening a book. See the evidence I collected on that situation.

I think Craig may be in the midst of a psychotic break as a result of the veritable deal he made with the devil in exchange for the Pass.

Anyhow on the season four reunion Naomie, 24 and Craig, 28 shared the status of their relationship.

“It’s been great. It took a while and we had to hit rock bottom and for a few months it wasn’t very fun but fortunately, we both want it enough. It’s hard to explain but fortunately we worked it out,” Craig shared before the taping.

“We started moving away from the storm instead of going in circles and circles and now it’s like clear skies. Who knows what the future holds but right now, we are best friends.”

Top 10 Things I have Learned from Watching Dateline