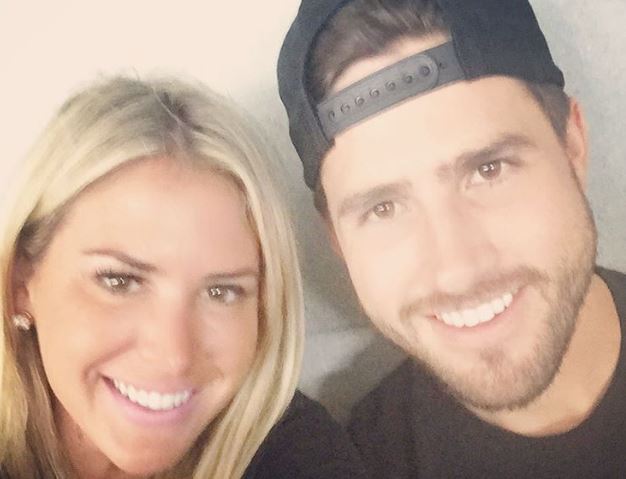 I think it was a little ridiculous that Bachelor/Bachelorette stars Juelia Kinney and JJ Lane were even cast on Marriage Boot Camp given the dubiousness of their relationship from the start.

To back up a minute, the romance between the two began off-screen right after their stint on season 3 of Bachelor in Paradise last summer. When 32-year-old JJ left paradise to pursue a relationship at home in Denver, Colorado, he handed 31-year-old Juelia his rose in a platonic but heroic gesture after Juelia was dumped by Joe Bailey.

But soon after BiP finished taping the two began a real real life relationship–a long-distance relationship albeit — that allegedly lasted an entire year–Juelia lives in Southern California and JJ lives in Denver. Yes I say ‘allegedly’ because I think the relationship was a little too convenient and likely a business deal in an effort to stretch their 15 minutes–but I digress.

So cut to present day— Season 9 of Marriage Boot Camp: Reality Stars just premiered and JJ Lane and Juelia Kinney, who have been dating for a year now, want to see if they can take their relationship to “the next level.” But JJ still spends a lot of time with ex-wife Heather Sands whom he shares a 5-year-old daughter with in Denver.

In fact, both Juelia and JJ have daughters.

And on the show JJ claims, “I’m still seeing my ex-wife.”

But the problem with reality shows centered on relationships is that there is a lag time between filming and airing and more often than not the spoilers are all over the inter webs before the show even airs.

This one is especially funny because both Juelia and JJ found new romances very soon after filming the show. Juelia has been dating the brother of Evan Bass, Aaron Bass, 34 of Southbury, Connecticut since August and JJ is now dating Kay Hughes of Denver, Colorado. So it’s a bit surreal watching them try and salvage their fragile relationship on Marriage Boot Camp given that we already know how this story ends.