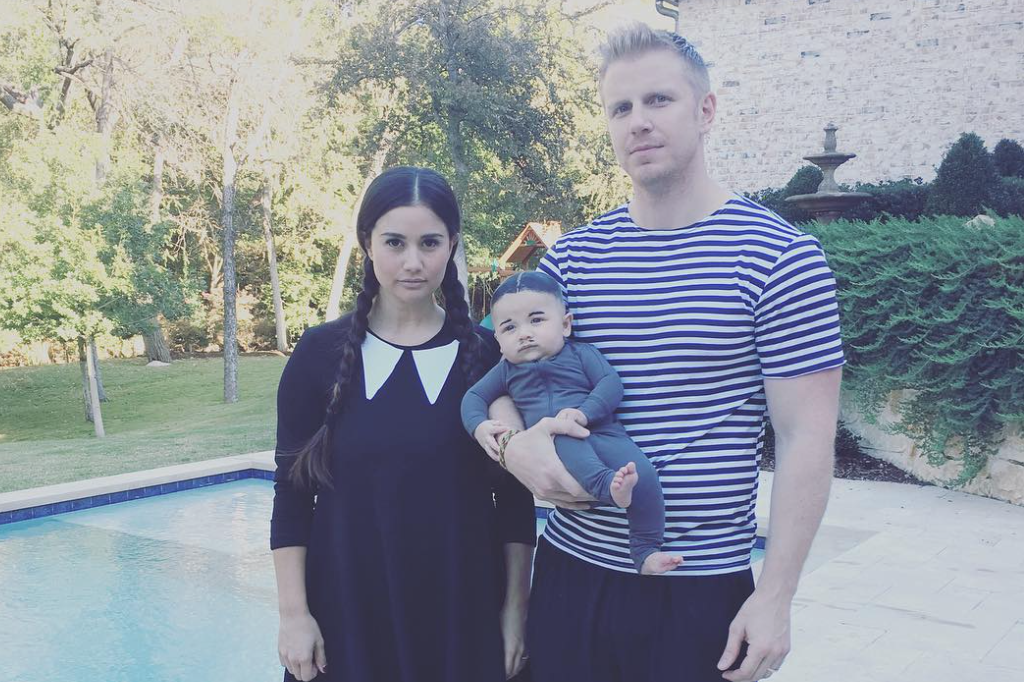 Sean and Catherine Lowe are probably my favorite Bachelor couple. They are sweet and they are CUTE and their baby is even cuter and the couple just announced that they are expecting their second child together!

Yep, just a little over a year after Catherine, 31, gave birth to their son Samuel Thomas, she is pregnant again with her baby daddy and former Bachelor Sean Lowe, 33.

Sean told PEOPLE he was hoping for a little girl but had a feeling it was going to be another boy,

“But we’ll be so happy either way,”….“Catherine wants five kids. And we want to adopt as well. It’s all a learning process!”

“We’re not going to find out the gender,” he adds, “We didn’t with [son Samuel Thomas, 16 months,] and it’s really exciting to be in the hospital and find out. And neither of us are Type A planners, so we’re fine with it.” Both shared images on Instagram with their adorable son pointing to Catherine’s mom’s belly and saying, “Baby!”

Catherine tells PEOPLE, “I’m more tired [this time around], but I’ve never been nauseous or sick, even with Samuel,”….  “That makes me think I’m either made for this or it’s another boy! I feel really blessed to be feeling so good.”

As for baby Sam, Sean says,

“Samuel still has no idea what’s going on, but it’ll be fun because he advances so much,” ….“He doesn’t grasp the idea yet, but we’re pointing to Catherine’s stomach and saying ‘baby.’ ”

Sean said he’s hoping for a girl that looks like Catherine,

“Samuel has blond hair and blue eyes and a lighter skin tone and he looks like me, so I’m hoping if it’s a girl that she’ll look like Catherine,” he says. “I would love a little brown-haired girl.”