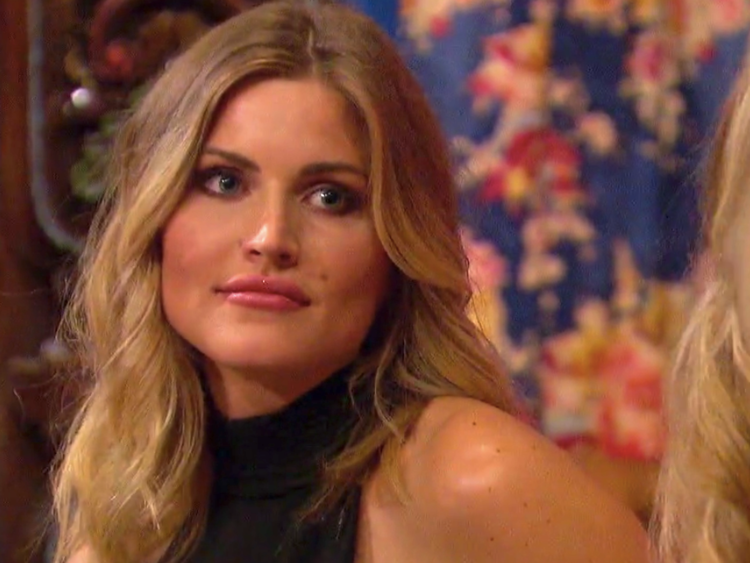 Arie Luyendyk Jr. on why he gave Chelsea Roy the 1st impression rose

Arie Luyendyk Jr. got a lot of flack for handing his 1st impression rose to villain Chelsea Roy on The Bachelor premiere Monday night.

Arie has since said that he had no idea that the 29-year-old Portland, Maine realtor had been so aggressive with the other women on opening night, but in his People blog he explains that her audacity is actually what drew him in,

“Then, there was Chelsea. She boldly pulled me first and was the only woman to pull me twice. When she came and pulled me a second time, she went in for a kiss. I know it took a lot of courage and ultimately, I want the women to take risks.  I want a partner who is fiercely independent, who is her own person, and who knows what she wants.  Chelsea was still such a mystery to me and I could not wait to learn more.  This is why I gave her the First Impression rose.”

In other words, Arie is a big bottom and is looking for a girl to dominate him (take note ladies) and it looks like C Roy is just the girl for the job.

Earlier in the night Chelsea confided in Arie that she made serious ‘sacrifices’ to meet him, but is coy when asked exactly what sacrifices she made. Arie likes the mystery and goes inside the Bachelor mans bypassing the other eager ladies and grabs the 1st rose for Chelsea.

Make no mistake ‘this mama means business’ and she is no shrinking violet. Look forward to hearing details about the drama with her ex boyfriend/ baby daddy Mike Wilson.