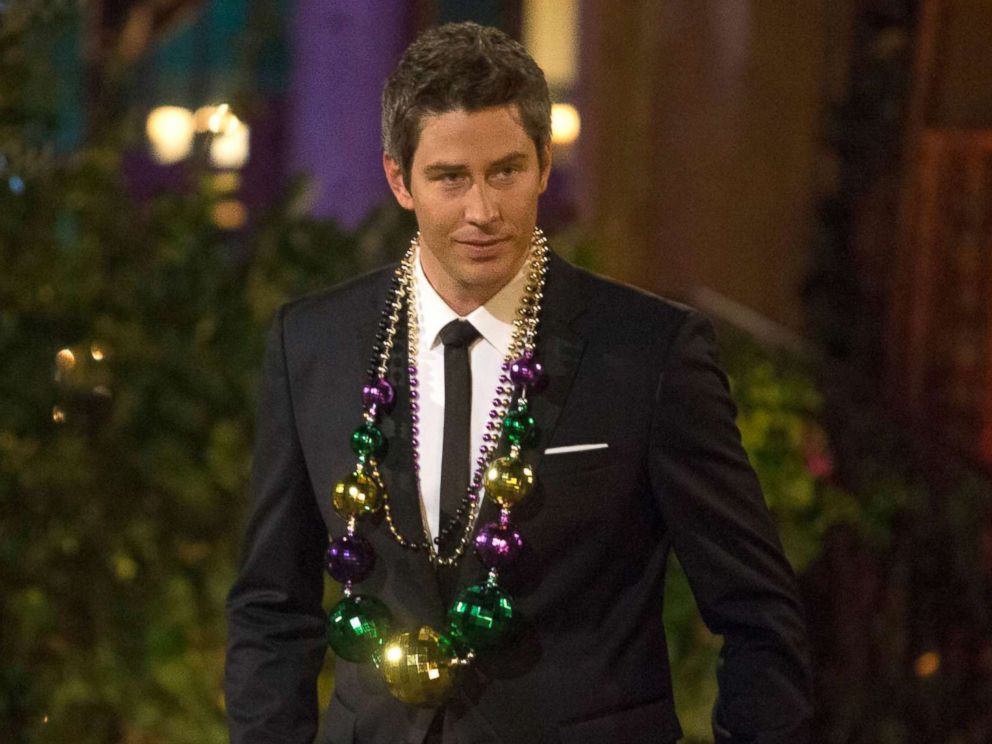 I have to admit when I heard ABC announce that 36-year-old Arie Luyendyk Jr. was going to be the 2018 Bachelor I thought it was a ruse to get Peter Kraus to stop waffling and agree to be the lead.

Arie was certainly a fan fave in 2012 after getting dumped by Emily Maynard, but surely producers had been following the handsome Dutch race car driver in the media and knew he had acquired quite a questionable reputation with the ladies– as did his best friend at the time, Jef Holm (who has been permanently banned from the franchise, BTdubbs).

Surely that bus had left the station.

But no! They really did it. They really bailed on hot Peter and summoned this blast from the past, grey hair and all!

So it’s interesting to hear Arie recount why he chose to accept the gig and what he was thinking when he got the offer.

“When I first got the call asking me if I was interested in being the new Bachelor, I laughed. I seriously thought it must be some kind of joke. Isn’t my hair too gray? Don’t I go to bed too early? Honestly, until the moment that I was announced on Good Morning America, I thought someone was going to pop out and say, gotcha.”

“My entire flight to the announcement, I kept thinking Well, at least New York will be fun. I’ve been out of the spotlight for so long and I really thought that chapter in my life was over. So, trust me, I get that when many people saw my name announced as the new Bachelor, they said, who?”

I did too!! I swear I kept waiting for someone to jump out and say ‘TRICK, Gotcha’!

Here’s another key side note. During the time that he was dumped by Emily and present he has dated numerous women including a few from Bachelor Nation. He had a pretty intense fling with bad girl Courtney Robertson on and off for years until February of last year.

So I thought it was fascinating that in his People blog Arie claims that he has not been in love since Emily. Sorry all you ladies who loved Arie between then and now!

“After being on Emily’s season of The Bachelorette, I went back to my regular life. I was never on the show to be famous or to get big on social media. Initially I went on the show for a new adventure and a fun story and was really skeptical of the idea that you could actually fall in love on a TV show.”

“Then, I met Emily and had one of the most transformative experiences of my life. For the first time in my adult life, I was able to drop the craziness of being a traveling race car driver and focus on love — and it worked.  I fell head over heels in love with Emily, and haven’t been in love since.”

Another important side note is that when Arie got the call he had a girlfriend — 26-year-old secretary Sydney Stempfley — which he fails to mention in his blog. I’m sure that was one thing that factored in to his decision and made him think twice.

“So, yeah, when I got the call I was equal parts confused (very confused), flattered, and excited. Confused because I really didn’t expect to be asked but excited because I knew that I had to say yes. The last place I found love was on The Bachelorette and I knew I was ready to find love again. While I was packing my bags and saying goodbye to my dog, Bastian, I realized that this may be my last time in my home as a single man. If all went to plan, I’d return here with a fiancée and in love.”

Luckily Bastian did get to go on a two on one with Arie and Krystal Nielsen Monday night.

Anyhow, I think one reason producers went with Arie is that he falls in love sooooo easily. Peter was a bit of a wild card. As much as fans loved him and producers loved him there was no guarantee that he would fall in love and propose in the end. With Arie, you can be SURE, that he will fall in love with MANY of his amazing ladies and will not hesitate to meet with Neil Lane and cross that finish line in the end.