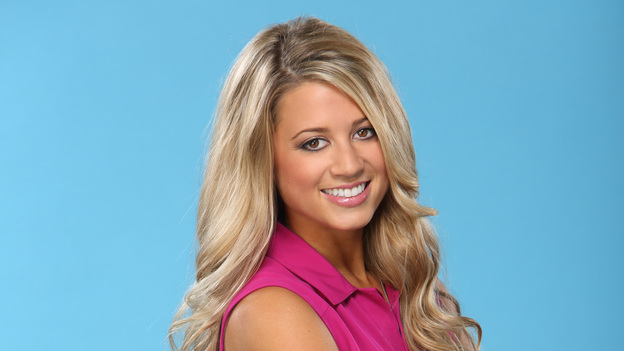 The Bachelor Winter Games is only a few weeks away, but two of the stars have already violated their contracts by appearing in public together as a couple! Bachelorette contestant Dean Unglert has found love yet again–this time with Bachelor‘s Lesley Murphy via Bachelor Winter Games.

According to Us Weekly, the two were spotted holding hands at a party on Friday night at the Sundance Film Festival in Park City, Utah.

But a source at E! News says that Dean and Lesley “weren’t supposed to be in public together yet.” and the “pair is worried about being busted at Sundance.” Oops!! If you are trying to hide a romance maybe don’t take it to Sundance!

Regardless the source says, “Dean is really happy with Lesley. They are both very goofy and have a lot of fun together.”

Recall Lesley from Sean Lowe’s season of the Bachelor and the infamous three minute kiss. Dean, of course, starred on Rachel Lindsay’s season of The Bachelorette and Bachelor in Paradise where he found love with both Kristina Schulman and Danielle Lombard.

Lesley confides in Dean that she underwent a double mastectomy after testing positive for the breast cancer gene.

Dean was a hot little item on BiP so even though we already know that Lesley is the ‘winner’ on Winter Games, get ready for the claws to come out again for Deanie-baby!