Clare Crawley gets her groove back with Benoît and Christian 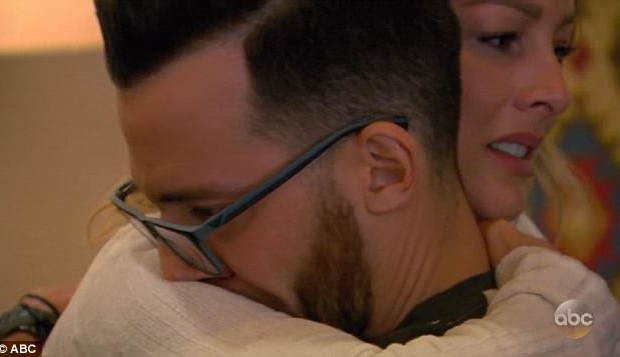 Clare Crawley has returned to The Bachelor franchise to find love and this time she scores in International waters. In fact, Clare finds herself in a love triangle– and I don’t mean between a raccoon and a Mexican turtle. This time she has not one, but two male suitors–an adorable quirky 30-year-old Montreal Maître D’ named Benoît Beausejour-Savard and a handsome, rugged, mature German named Christian Rauch, 34.

Unfortunately both men are crushing so hard on the 35-year-old Sacramento hairstylist, that they leave Clare doubting both relationships.

At first Benoît appears to have the advantage, but after some 1-on-1 time and some kissing, Benoît seems to fall in to the friend zone pretty quickly.

Not even Benoît’s impressive skate skills in a sexy tight spandex one-sy can convince Clare to keep him around and she sends him packing before a Jacuzzi appointment with Christian.

Benoit is devastated and cries uncontrollably when Clare gives him the boot.

‘I thought you were kissing me for the right reasons,’ Benoit declares, but Clare insists that it was just a ‘friendly kiss’.

‘I do wish I had more feelings, because you are such catch,’ she reveals.

‘There’s only you,’ he tells her. And concludes with,

‘I’m not here for the money’. Is there money?

Ok, back to Christian. Clare apparently made a very firm ‘appointment’ with Christian to Jacuzzi with him that evening. Instead she lolly-gags in a bubble bath with co-star Lesley Murphy. Christian is hurt and furious. He confronts her when she comes downstairs telling her,

‘We had an appointment,’ telling her he waited ‘one hour’ for her.

Christian makes a dig at Clare–something about her just being a pretty face and nothing else.

‘I have given you ”yes” signals,’ she proclaims before crying.

She also insists: ‘I’m over Christian’.

Clare insists she will be leaving, but at the rose ceremony Christian gave Clare his rose and she accepted it.

Well hopefully Clare won’t miss her next Jacuzzi appointment with Christian and they can see if they can find a real connection.

Is Luke Pell hiding a secret girlfriend back home?