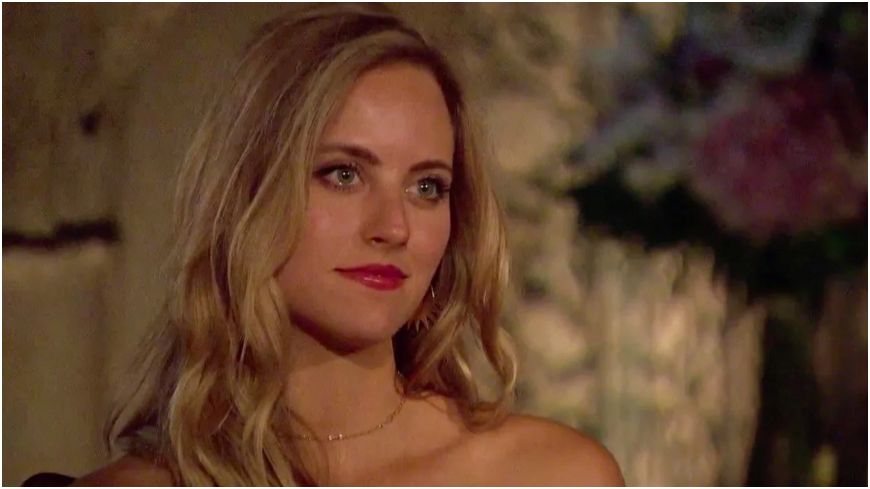 Monday night 36-year-old Arie Luyendyk Jr. and his ladies went to the city of love to continue their 9-week journey to find a life-partner. And we witnessed the best Bachelor smack-down since Chris Soules left both Ashley Iaconetti and Kelsey Poe in the Badlands of South Dakota 2 years ago.

To start, Arie dared to put 29-year-old fitness coach Krystal Nielson on a 2-on-1 date. Krystal was furious since apparently she thought her and Arie were in a committed, monogamous relationship.

The 2-on-1 is with 26-year-old Hollywood set dresser, Taxidermy enthusiast, and cannibal-curious, Kendall Long. The two girls are very different–effusive Krystal vs. analytical Kendall, yet both hold similar beliefs and can deliver lofty diatribes and unsolicited dating advice.

The 3 head to a historic chateau to explore their relationships …. with each other. The ladies navigate a French, Baroque garden maze, in an effort to find Arie. Krystal finds Arie, Kendall gets lost.

Luyendyk is clearly frustrated with Krystal who threw some serious shade his way last week during the bowling date. He tells cameras, “If I see the same side of Krystal that I saw last week in Fort Lauderdale, the decision will be really easy because I can’t be with someone like that.”

So Arie confronts Krystal about the not-so-nice things she said about him when he reneged on the promise of an exclusive cocktail party with the blue team.

Krystal shows contrition and tells Arie that she is sorry and regrets what she did and doesn’t want to “throw away all of the color and texture and depth of (their) relationship”. “I’m open to falling in love. I felt like I was working through a challenge with my boyfriend,” she tells cameras.

She also finds a way to throw some shade at her competitor by telling Arie that Kendall wasn’t ready for marriage. So Arie then talks to Kendall about the marriage sitch.

Kendall tries to reassure Arie, “I don’t think its about having a time…I want to find somebody that I can see marriage in.”

In her ITM, Kendall accuses Krystal of ‘planting a seed of doubt’ in Arie’s mind.

“It’s about winning with Krystal.”

Kendall returns to Krystal. Krystal has an amazingly diabolical, yet strangely seductive smile on her face suggesting she delights in Kendall’s frustration or wants to rip Kendall’s clothes off–I’m not sure which. Kendall moves in closer to offer an olive branch and some unsolicited advice, but it’s futile.

Kendall then tells Krystal that her words to Arie have hurt her and tells her she dated someone like her and she can empathize with her. “You’ve been through alot of pain…it feels controlled…I don’t think you should try to control it”.

Arie walks up, but instead of offering a single rose to someone, he says he wants to wait and tells them he’d like to keep them both for dinner.

Let’s be honest, Arie is seriously hoping that after a few glasses of good wine, the three of them can work out all of this aggression in a three-way. We are after all in the home of the ‘mé·nage à trois’ and frankly, I kind of thought Kendall and Krystal were about to start making out, but alas, no three-way happened, sigh.

Shockingly, Arie delivers his rose to Kendall at the end of the evening and Krystal gets the boot despite their long ‘history’ together. I guess even with all the color, and texture of their relationship and Krystal’s kick-ass bowling skills, Arie was just not feeling it and releases Krystal back to the universe from whence she came. Back in the hotel, the ladies delight in seeing the production assistant pop in for the ‘ol luggage grab.