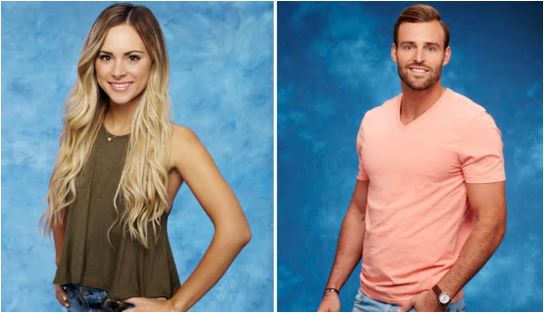 Apparently the former couple purchased annual passes to Disneyland on Amanda’s debit card before they broke up last September. Amanda had since cancelled the debit card and Robby was notified and sent her the “severely past due” notification.

Yesterday morning Amanda posted this on Twitter about an unnamed ex:

“I got a new debit card last month and got an email from an ex this morning forwarding me an email that his Disneyland Annual Pass payment was declined & to update my card info… I sure know how to pick em.”

Then at 11:18 a.m., Robby posted images of emails from earlier in the morning between the two, explaining that he was the “ex”, with the caption, “Lol is this how it happened or was I was trying to help you poor thing? Let’s evaluate below everyone 🙂 (Read the whole thing).”

Amanda told Robby that she had changed her debit card and didn’t realize she was still paying for his annual passes.

Robby claimed, “I was just being courteous to the fact that it seems like if you don’t pay the outstanding balance, they will probably send you to collections.”

And them a zinger about Amanda’s new boob job:

Amanda shot back, “Oh thanks Robby. You’re just a gem as usual.” But Robby shot back with a video of him scrolling through his phone showing a slew of texts from Amanda. Robby wrote,

“And some people just don’t know when to let go.”

Amanda told E! News, “I was surprised by the email when I read it this morning! We haven’t spoke since the reunion show. I tweeted it before I heard his response email because I did think it was a little funny he was contacting me about his Disneyland pass…but I never said who it was about or even hinted at it being about him or had any intention to.”…..

“I didn’t expect him to even see it, let alone respond in the extreme way that he did. It’s a shame he still harbors such harsh emotions towards me. I deleted the tweets because honestly, I don’t like to or want to associate myself with him, or either of my relationships from the show for that matter anymore.” It’s hard to know whose side to be on. Both seem a bit high maintenance and both have a track record of outraged exes.