The Sh!t is about to get real on the Bachelorette with Lincoln Adim 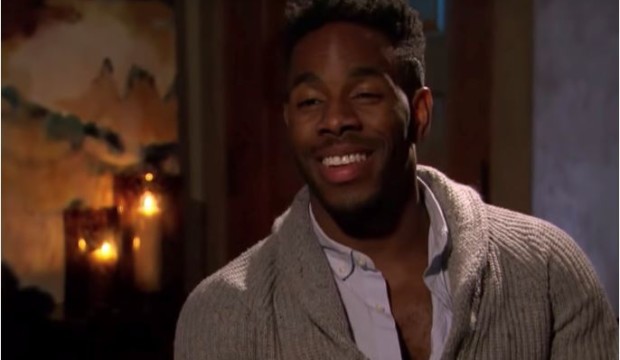 Admittedly 36-year-old Arie Luyendyk Jr. was not the best catch in Bachelor history, but Becca Kufrin may be disappointed in her lot of suitors after Arie. Let’s just say that Arie isn’t the only one that likes to hit and run. On this upcoming season there is a 26-year-old gentleman named Lincoln Adim from Nigeria.

Lincoln was raised in the UK and naturally endowed with a plethora of good looks and charm, but all may not be as rosy as it appears since there is a MAJOR conversation happening on Reddit right now alleging that Lincoln has some potty training problems.

Some of Lincoln’s alleged Oracle workmates are claiming that Lincoln is so horrified by toilet seats that he builds a nest of toilet paper and lays down the pipe in said nest and leaves it in the bathroom.

“I saw this guy with his pants around his ankles, with toilet paper on the ground, and he’s going to the bathroom on the toilet paper.”

“I kind of double took and couldn’t really understand what I was seeing. Either the next day or the day after that I walk in and he’s doing it again, and I’m like ‘You got to be kidding me.’ When I told my buddies they were like, ‘What?’ they didn’t believe me so I snapped a picture from when you walk in… just to kind of prove it to them — not knowing that the guy is going to be on a TV show two years later.”

“Word spread like wildfire throughout the company,” the source continued.

“We never confirmed why he was doing it. We had theories… but we never confirmed it. We were at ground zero when this thing happened. It was ‘Is he a germaphobe?’ but then it’s like if he’s a germaphobe is going to the bathroom on a piece of toilet paper that much cleaner? The other thing was he wasn’t leaving it for janitors — he was picking it up and getting rid of it somehow. He was either dumping it in the toilet or dumping it in the trash.”

This is definitely a brand new situation.

“He’s almost like a bodybuilder, so then we were thinking maybe it’s something about being a complete maniac about bodybuilding and examining it,” the source said. “Had he swallowed something valuable by accident? Was it a religious thing? We couldn’t wrap our head around why. We never confirmed the real reason.”

Could be any of the above I suppose. At the very least it suggests someone may have a serious case of OCD which is a lot to handle. And it sounds like it was not an isolated incident.

“Word spread to the point where it got to our managers and I believe HR was notified, but I don’t know if they ever dealt with it because of the sensitivity of the issue,” the source admitted.

“Like I don’t even know if they knew how to handle it. It was happening over an extended period of time. Then I don’t know if word got back to him that people knew about it and either stopped or started doing it somewhere else.”