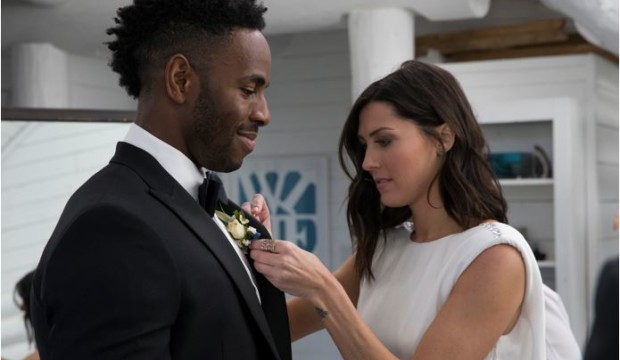 Lincoln Adim has been making headlines for all the wrong reasons. First claims that Lincoln had some potty training problems at his job at Oracle and now claims that he has an actual arrest record for indecent assault and battery.

The 26-year-old from Nigeria is very charming, but don’t be fooled, behind that charming British accent is a world of trouble.

The Bachelorette contestant was convicted of indecent assault and battery last month stemming from a 2016 incident in Boston, per the The Hollywood Reporter. Lincoln allegedly groped and assaulted a female on a harbor cruise ship on May 30, 2016, per the Suffolk County District Attorney’s office.

Adim was convicted one week before The Bachelorette premiered on May 21, 2018, and sentenced to one year in a house of correction.

“The judge ordered him to stay away from the victim and attend three Alcoholics Anonymous meetings per week during those two years,” said the statement.

“If he complies with the judge’s orders, he will not have to serve out his term, but if he fails to comply with those orders or re-offends, he could be ordered to serve out the year behind bars. By law, he is expected to register as a sex offender.”

“No one on The Bachelorette production had any knowledge about the incident or charges when Lincoln Adim was cast, and he himself denied ever having engaged in or having been charged with any sexual misconduct,” the statement reads. “We employ a well-respected and highly experienced third party who has done thousands of background checks consistent with industry standards to do a nationwide background check in this case. The report we received did not reference any incident or charge relating to the recent conviction – or any other charges relating to sexual misconduct. We are currently investigating why the report did not contain this information, which we will share when we have it.”

The Bachelorette airs its next episode on Monday.