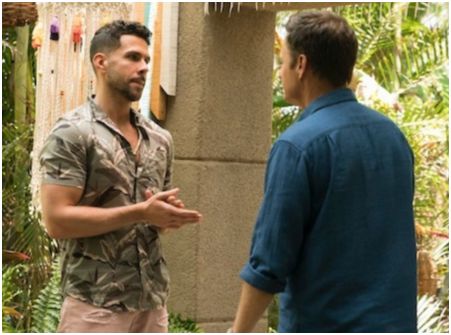 One of the most interesting and oddly functional relationships to emerge from season 5 of Bachelor in Paradise is the relationship between Krystal Nielson and Chris Randone. In fact, the two didn’t start as a couple, and even when they did start dating they did not start off with a giant spark, but they did end up together and engaged!

In fact, both began pursuing hot and heavy relationships with other people…Krystal Nielson with Kevin Wendt and Chris Randone with Tia Booth.

And even after the two kissed, they both kept their options wide open.

But somewhere in the course of their 3 week journey, the two 29-year-old Orlando, FL CEO fell in love with the 29-year-old San Diego fitness trainer and they get engaged on the finale.

So are Chris Randone and Krystal Nielson still together?

Yes, they are per Reality Steve and in an interview with Entertainment Tonight, Randone recently gushed about his future bride to be,

“She’s actually a beautiful person and I’m really excited to have America see that as well. I don’t know if it’s [about] redemption stories, but I think [Paradise] just has the ability to see people in areas of who they are and give people an idea of kind of who we are in real life.”

So at least one couple makes it to the table with Neil Lane to pick out rings this season.