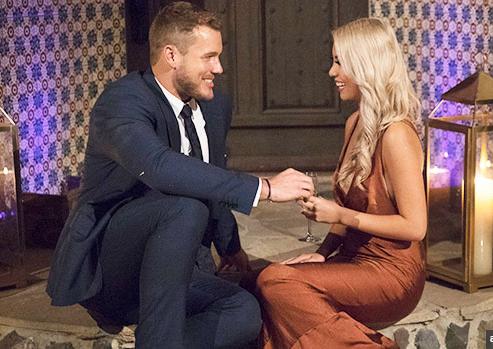 Colton Underwood Enneagram breakdown the Achiever or the Opportunist?

Ok, in an effort to better understand the personalities of Bachelor leads, and contestants and predict how they might act and react, I often like to do an Enneagram personality breakdown. The Enneagram breaks human nature into 9 different personality types based on their deepest fears and motivations.

Colton is pretty clearly an Enneagram 3.

The Enneagram 3 wants to be “affirmed, to distinguish themselves from others, to have attention, to be admired, and to impress others”.

When they are super healthy they are incredibly charming, beautiful and authentic. When they are not healthy, they are name-droppers, status-seekers, opportunists, phony and mean-girls.

I suspect Colton is somewhere in between. We know that he grew up without that attention and admiration. He was a cute, chunky kid with thick glasses from Indianapolis, Indiana. Cut to present day: Colton is a hunky, tall, handsome, charming, wealthy, distinguished professional football player.

Colton won the admiration of America and even the admiration and affection of some other famous faces like ex-girlfriend US gymnast Aly Raisman. He also dated Bachelor alumni, Tia Booth.

But is that admiration warranted?

Certainly some of it is. As an athlete, Colton worked hard to become a Free agent in the NFL . He eventually even became a tight end on the Oakland Raiders roster in 2017-18. So he definitely deserves some credit.

And everyone knows Colton started a Foundation for  cystic fibrosis.

Is that the sign of a healthy 3? I don’t know. Foundations are pretty notorious for shady shenanigans. I can’t say whether or not Colton’s Foundation is really doing good work or just collecting money to pay bloated executive salaries.

Colton did make $450,000 a year as a football player, after all. Money that would ordinarily be subject to extremely high taxes without some sort of tax shelter.

Either way, Colton clearly wants to be admired.

According to the the Enneagram Institute the 3s biggest fear is “of being worthless” and their basic desire is to feel valuable and worthwhile.

I do think Colton is lacking some authenticity. His feelings for Bachelorette Becca Kufrin did not seem authentic to me—and evidently not to Becca either! Remember when she met with Tia on BiP and she was like WTF? Becca asked Tia: ”is Colton still being wishy washy like he was with me?”

And the virgin sitch really feels inauthentic to me. Something is wrong with this picture! A hot, charming, 27-year-old millionaire has never had sex? And doesn’t even have any deep-rooted religious beliefs to use as an excuse? And his family didn’t even know?

“The real question those girls need to ask is ‘How tiny is his penis?’

And she may not be that far off. Something is wrong with this pic for sure!

C. Has the worlds tiniest penis

Three’s would definitely hide something that might interfere with the ability of people to admire them. And I think Colton is hiding something BIG, I just don’t know what.

“Threes want to make sure their lives are a success, however that is defined by their family, their culture, and their social sphere. In some families, success means having a lot of money, a grand house, a new, expensive car, and other status symbols. Others value ideas, and success to them means distinguishing oneself in academic or scientific worlds. Success in other circles might mean becoming famous as an actor, or model, or writer, or as a public figure of some kind, perhaps as a politician. A religious family might encourage a child to become a minister, priest, or rabbi since these professions have status in their community and in the eyes of the family. No matter how success is defined, Threes will try to become somebody noteworthy in their family and their community. They will not be a “nobody.”

At any rate, as an average-unhealthy 3, I expect Colton to choose the woman that will likely give him the biggest status boost and the most air time.

2 thoughts on “Colton Underwood Enneagram breakdown the Achiever or the Opportunist?”