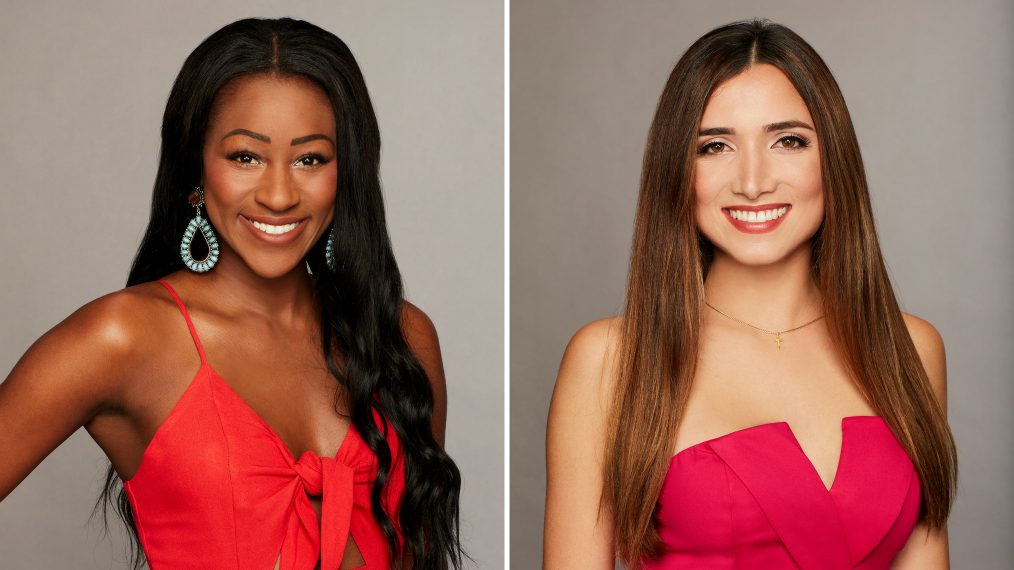 On Monday night on episode 5 of The Bachelor, Colton Underwood and his remaining amazing ladies head to Thailand. The episode begins with an excessively long shower scene. Yes, evidently the scenes they cut explaining Kirpa’s chin bandage were replaced by gratuitous shots of Colton taking a shower.

The first date goes to “never-been-kissed” Heather. Now Heather Martin‘s story about never being kissed is about as suspicious as Colton’s story of never having had sex. (I’m convinced after watching Vanderpump Rules that everyone is secretly gay).

Heather contends that she was dating a guy for a very long time that she wasn’t really that in to, but continued to see in the off chance that romantic feelings would eventually develop. As a result the two never kissed and eventually broke up. Heather assures virgin Colton that she is not waiting until marriage and that he should not feel like kiss would necessitate a marriage proposal—so NO pressure Colton.

And naturally Heather’s next step was to apply for The Bachelor.

Heather is understandably nervous—as is Colton…making matters worse producers have choreographed a dramatic fireworks show to accompany said first kiss. So again, no pressure kids. No obligations. Just try and go with the flow and maybe try and start kissing as soon as we release the first fireworks.

Needless to say everything goes as planned and Colton gives Heather the rose. PHEW! How awkward would Heather have felt if she waited this long for her first kiss and did not get a rose?

Meanwhile, Demi, Caelynn, Hannah B., Sydney, Tayshia, Kirpa, Onyeka, Nicole, Hannah G., Katie, and Elyse get the worst group date in Bachelor history playing Survivor, Bachelor edition where they are met by a Survival expert named “Joe” who forces the women to hunt for their own food in a forest full of snakes, eels, scorpions, worms and any other disgusting bug you can imagine.

I’m guessing this is the real reason Elyse high-tailed it out of the Bachelor commune in her “statement dress” and headed to the nearest 4-star hotel.

The rest of the women are surprisingly rugged and Ok with the challenge. Incidentally during said challenge there was apparently an off screen situation where Kirpa slipped on some rocks in a selfie accident and scraped her chin hence the mysterious chin bandage.

During the evening portion,  Onyeka pulls Demi aside and informs her that prior to Elyse leaving she told her that Nicole was not there for the right reasons. Demi tells her the right thing to do is to tell Colton. Onyeka pulls Colton aside, telling her that Nicole is just looking to find an opportunity to leave Miami (aka by becoming a social media influencer and having enough money to live in LA). Of course she forgot to ask the other women if they witnessed said conversation!

Tayshia Adams, 28, jumps to Nicole’s defense and claims she never said that. A fight ensues between Onyeka and Nicole. Colton just coincidentally happens to be in earshot and heads over to eaves drop on the drama. But the fighting is too much for the sensitive football player and he gets up and walks away. Both women grab him at some point but he evades the tackle attempts and proclaims that he just needs to be left alone.