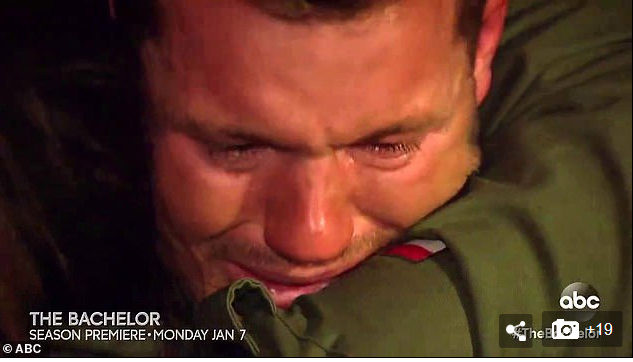 Twenty-three-year-old Cassie Randolph walked away from Bachelor Colton Underwood and her much-anticipated Fantasy Suite, last night in one of the most bizarre self-eliminations in Bachelor history. The two explored Portugal during their one-on-one date, at which time Cassie quizzed Colton about his conversations with her family.

Colton then told Cassie that her father did not give permission to Colton to propose to his daughter. Certainly her father’s response was not that unusual given the accelerated process of this show. What was shocking and unusual was how the news appeared to quell any romantic feelings that Cassie had been developing for Colton.

Cassie gets very aggressive after Colton tells her the news saying, “and you’re Ok with that?”

Colton assures her that he is saying, “it does not discourage me at all” prompting Cassie to snicker while saying, “I’m just soaking it in”.

Cassie smirks as though she’s been caught in a big fat lie because she knows she never had feelings for Colton and expected that at this point she would be eliminated and could begin pursuing her campaign to be the next Bachelorette. But that’s not what is happening! Thus she pursues Plan B…blaming her father for not giving permission in a desperate effort to save face.

The other odd and certainly planned event was the pop-by by Cassie’s father Matt Randolph in between the day and night portion of the date. Surely Cassie knew her dad was headed to Portugal to intervene. And surely Cassie had given him her permission to do so which would suggest that Cassie never really had feelings for Colton and may have just wanted to hang on for her own selfish reasons….like getting cast as the lead of the 2019 season of The Bachelorette or starting a lucrative Social Media Influencing career.

Anyhow, Matt tells Cassie what she clearly already knows….if Colton was The One, she would already know and have zero doubts as he had with her mother.

“For me to give a blessing after a half-hour conversation isn’t something really diligent,” he told her. “You seem conflicted … there shouldn’t be any hesitation in your mind when you meet somebody that you want to spend the rest of your life with. It’s a life-long decision. It’s not something you make when you’re unsure.”

The words of wisdom trigger something in Cassie prompting her to make the decision to walk off before Colton has the chance to give her his virginity.

Cassie tells Colton she loved him but was not in love with him and didn’t know if she could “get there” with him. Not taking the hint Colton says he can wait for her to get there. Colton asks Cassie if she has already made her decision about what she wants to do to which she responds, “I don’t know”.

Then a seemingly desperate Colton breaks Bachelor protocol and tells Cassie that he is in love with her and wanted her to be there at the end– (I hope the girl that he actually did choose isn’t watching this!)

After a tearful goodbye, Colton “broke” the 4th wall by aggressively blasting the camera out of his face walking off, saying “I’m done with this.” The unprecedented situation prompts the Bachelor crew to panic calling for situation specialist Chris Harrison, to step in over their radios. But before Chris can jump in Colton jumps the fence….“He just jumped the f—king fence,” Chris proclaims. And thus situation #fencejump began….one of the saddest but most dramatic and impressive situations in Bachelor history.