In another installment of “When Situations collide”, we just learned that Bachelorette/BiP heartthrob Derek Peth is now dating reality star mega-situation Stephanie Pratt. Apparently it’s safe to say Derek does not like timid ladies.

Peth ended his engagement to Bachelor in Paradise costar Taylor Nolan this past summer and now has officially moved on to a new amazing lady from a different reality world.

The sweet, shy 31-year-old singer/Bachelorette alum was set up by his good friend Wells Adams — who also ventured out of the Bachelor franchise to find love with another TV star, Modern Family actress Sarah Hyland. Wells and Stephanie cohost a podcast called “Pratt Cast Opens a New Window. .”

But Peth didn’t even know who Pratt, 32, was and never watched her on The Hills. 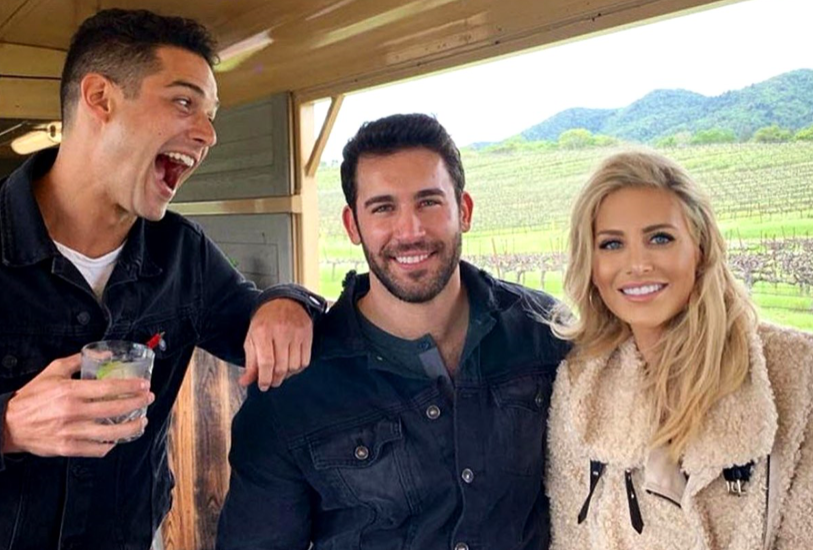 Adding to the challenge of making a love connection Pratt was insanely late to their first date.

“It took an hour and 15 minutes before Steph finally showed up,” ….. “Her reasoning is she was in Hawaii and they don’t have daylight savings time, and she never changed her clock, and she thought it was a different time. Probably the third thing I said to her was you need to pick out food because the kitchen closes in ten minutes.”

Despite the rough start, things ended quite well.

“I was pleasantly surprised — she’s a lot smarter than I thought and very quick. There was not an empty dull moment.”

If he had ever seen Stephanie on the Hills he would have known the girl is quick and funny.
On the initial date the two went to two Irish bars.

“We met a couple and bar hopped with them for two hours. I am into it. I would definitely see her again.”

“She suggested I stay longer,” Peth revealed. “I think it would be cool to do New York.”

And the rest is history!