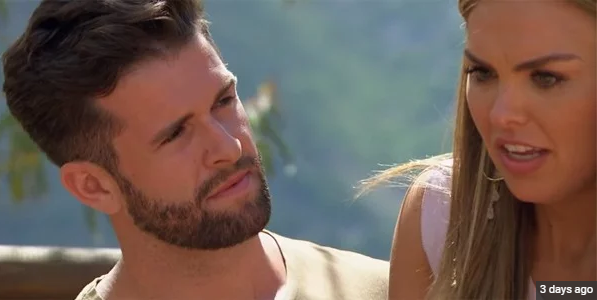 We are down to the final 3 on Hannah Brown’s season of The Bachelorette, Peter Weber, Tyler Cameron and Jed Wyatt. And two out of the three men have ex girlfriends speaking out to the media and accusing the men of fraud.

Last month, Jed’s ex-girlfriend, Haley Stevens, claimed that she and Wyatt were in a serious relationship when he left to film the show. She claimed that Wyatt promised that they would continue dating when he returned, and that he was doing the show to promote his music career.

Now that we are at the seasons two-night finale both Weber and Wyatt will get to explain themselves.

“I know what happened in Greece, clearly. I was there. I don’t know what’s going to happen on the two-night live finale,” he said. “There’s a lot of questions to be answered with all these guys.”

Harrison promises that he will “push” Wyatt for an explanation on the allegations by Stevens.

“But there are a lot of things that remain to be solved as we head into this two-night finale.”

“I want his say. You know, there’s always three sides to the truth,” Harrison proclaimed.

“Before we indict Jed, before we throw him in prison, before we stone him, let’s let him speak, and he has not had a chance to speak on his behalf. I will say that part of what she said is true — he came on the show to promote his career. He admitted that,” ….. “[It's] not shocking where this may have ended up, but he was as honest as anybody I’ve ever seen [when he admitted he came on the show to promote his music]. Where it goes from there? It’s up to him.”

Don’t miss the dramatic season finale that airs on Monday and Tuesday at 8 p.m. ET/PT on ABC.