30 July 2019 by Christine Lo in Uncategorized - No Comments 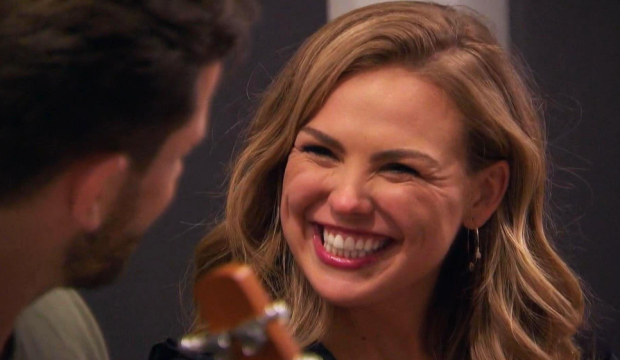 On Monday’s first half of the Bachelorette season finale, 24-year-old Hannah Brown hinted that she and her final rose winner, Jed Wyatt, may already be done.

“Since that last day in Greece, the past couple of months have been really tough and emotional. I know there are a lot of rumors out there, and honestly, tomorrow night, I don’t know what’s gonna happen. But I have a lot of questions that need to be answered, so hope I’ll be able to do that.”

Of course that comment tells you that she chose Jed since Peter Weber was eliminated yesterday and Jed and Tyler are all that remain.

We can’t say for certain what happens on tonight’s dramatic finale, but we know that Hannah has an epic meltdown leading her to fall down at the proposal site.

“I can’t do this,” she says. … “I just feel like this experience has been taken away from me.”

Hannah is then heard speaking to someone saying, “How would you ever be ready to be engaged? I mean, I’ve been, like, doing all the freaking steps and I knew what I wanted.”

Speculated is that the mystery person is Jed Wyatt.

Jed, of course, has come under fire for allegedly having a girlfriend, fellow Nashville-based musician, Haley Stevens, 26.

Stevens asserted that she and Jed were in a serious four month relationship when Jed went on the show.

Additionally Haley said that Wyatt told her he just wanted to make it to Hannah Brown’s top five.

Yikes! Well it sounds like tonight both Chris Harrison and Hannah Brown will be pushing for some answers.

Hannah B and Jed Wyatt get engaged....and then break up