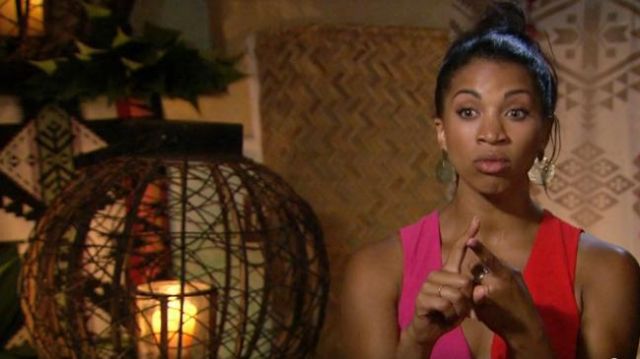 Chris Bukowski and Katie Morton seemed like one of the more solid couples on season 6 of Bachelor in Paradise.

In fact the only hint of drama between the two occurred when Jen Saviano arrived and asked Chris on a date. Katie impulsively told the 32-year-old Bachelor alumni he should see other people–a decision that prompted Katie to panic.

“I’ve done something stupid this morning,” she laments to her fellow castmates– Demi, Hannah, and Dylan. “I just, like, told Chris… ‘Hey, go out with whatever girls you want.’ And he was like, ‘What? Do you want that?’ I was like, ‘I want whatever makes you happy.’”

Chris interpreted Katie’s comments to mean she wasn’t that serious about him.

“I feel like me and her are on, like, two different positions on what we want,” he told Jen.

But Katie immediately told Chris she was serious and did not want him seeing other people and things seemed pretty solid once again.

But per Reality Steve things aren’t going so well. “Katie actually came out without her ring. She said they’ve been having issues,” …. “She feels like she’s trying really hard and Chris isn’t giving enough effort in the relationship.” Chris is shocked and asks Katie why she would bring this up on camera. The couple works through it and Katie puts her engagement ring back on.