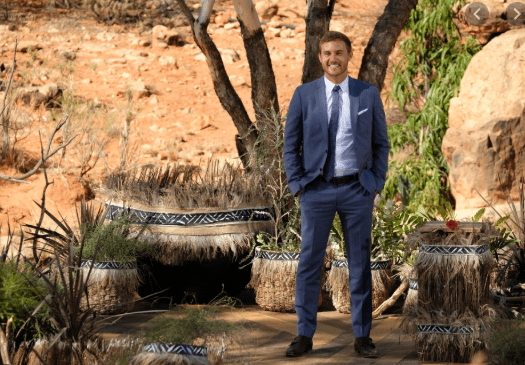 Tonight on Part 2 of the dramatic Bachelor finale, Peter Weber is left with one girl to choose, the only question is did he choose 23-year-old Hannah Ann Sluss or did he walk away single.

Yesterday it seem all but certain that Madison Prewett was his final choice. Peter was devastated when his mom told him Conservative Madison was not right for him and even more devastated when Madison decided to walk off before Peter could even decide.

But the 28-year-old pilot pulled himself together and set his sights on adorable Hannah Ann.

In preparation for a proposal he Face Timed Hannah Ann’s dad to ask for her hand in marriage and dad said yes (although he may change his mind when he sees part 1!)

But there is still drama ahead. Host Chris Harrison says he was “not positive” if Hannah was going to show up.

“She doesn’t even know if she wants to come here right now. That makes no sense,” Peter laments laid on his hotel bed.

Evidently Hannah Ann, unlike Peter and Madison has seen the show before and knows that one hopeful lady usually leaves heartbroken and blindsided. So understandably she wasn’t “sure that I’m the only one that he loves.”

Thankfully show producers pumped her up enough to throw on a dress and some pretty sauce and make her way to the proposal altar where Peter told her, “I know I told you that I was falling for you. And I had told you that my heart was being torn in two different directions. And now I have to follow my heart. So Madison… She actually left two days ago.”

Which sounds amazing except that it could easily make Hannah Ann think Peter gave HER the boot 2 days ago (Let’s just hope she doesn’t watch part 1 of the finale).

Peter then tells Hannah, “My heart chooses you forever.”

Well look Hannah Ann, you can certainly take comfort in the fact that Peters mom Barbara DEFINITELY chose you.

But not so fast…it’s already over.