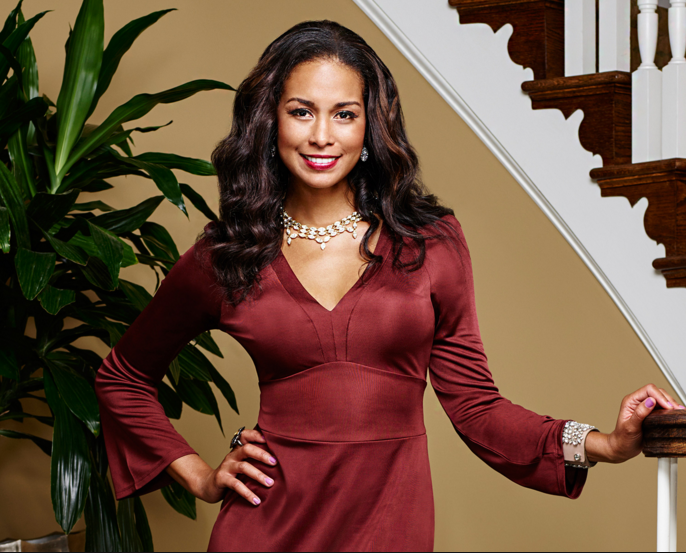 It’s hard to keep track of all of the lesbian hookups happening in the Real Housewives franchise. But the stories never get old.

This time we head to the Potomac to uncover another Lady Pond sexcapade between Real Housewives of Potomac star 54-year-old Charrisse Jackson Jordan and 40-year-old Katie Rost.

Katie has made a number of comments suggesting her sexuality is rather fluid, but Charisse never left any clues on air about her sexual preferences.

“Can u guess which Veteran OG that Katie Rost allegedly got into her hotel bed heavily intoxicated without any panties and wanted to have lesbian sex with?

The same OG who Katie went over her house from The Village after being heavily intoxicated again and got drunk and threw up all over her home, woke up the next morning and started drinking beers again, stole a 6 pack from her garage, and sent her on a wild goose chase for hours because Katie couldn’t remember where she left the car she was originally driving….. Hot Lesbian nights in Potomac”

“I was going to bite my tongue, but as a bi-sexual woman who had a sexual relationship with a cast member when I was on the show is my own business and hers,” she wrote. “It is mean-spirited and unnecessary to write this. We have a friendship that will last beyond this [haterade].”
“I am proud of that and of love that we made. I think it’s evil to shame us for what had and have” Katie concludes.
“#RHOP #bisexualpride #lesbian #katievibes #katierost.”
Hopefully Andy Cohen will bring the two alumnis back to the situation room to discuss this salacious situation.