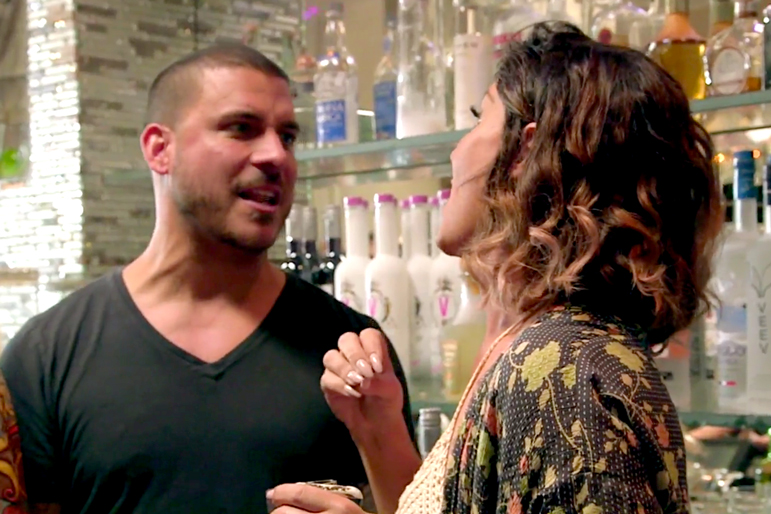 Billie Lee starred on season 6 of the mega-hit Bravo show Vanderpump Rules with hot mess Jax Taylor. Both stars had a rough exit from the show. Billie has blasted a number of people in the cast and in production and now it’s Jax Taylor’s turn.

Billie Lee, 36, made a pretty serious allegation against Jax during her interview on the “2 Servings of Fruit” .

Its no surprise that Billie is speaking out. Quite frankly, she was a giant wet blanket on the show. She made judgey Ariana Madix look fun.

I would argue that Billie was just way too sober for the crew.

Regardless, she also felt used by producers who she thought were exploiting her unique status as transgender. (Spoiler Alert: they were exploiting EVERYONE). She said that producers “encouraged” her to talk about her vagina and Stassi Schroeder would constantly talk about the size of her boobs.

“I felt like I was dropped back in high school.”

As for Mr. Jax Taylor, Billie Lee  claimed that he was “very difficult to work with.”

Not just that, but he was “usually on drugs” during filming, thus, “agitated” and “angry.”

Seriously, look at this clip. Is this not Jax doing blow?

It always seemed pretty obvious to me that the cast was doing cocaine behind the scenes. And coke is famous for making people very agitated. The other big coke user, in my opinion, was James Kennedy.

I think Lala Kent was using at some point. Remember when 50 Cent posted on Instagram that Kent would “have a drink, hit da powda” —

The level of narcissism, agitation and anger for all 3 of them followed similar patterns that you almost always see in people using coke..

So the revelation that Jax was on drugs the entire time is about as shocking as Jax cheating.

When this show began 8 years ago, Jax Taylor was literally the hottest guy I have ever seen. But it seemed clear there was some substance abuse as his appearance has changed quite a bit over the years. 8 years ago he was in excellent physical shape, but as he has gotten older he just looks bloated and sweaty all the time.

I can only imagine all the work his poor liver is doing to sweat out all of those toxins.

Anyhow Billie felt producers allowed Jax to get away with major drug use. “They would dance around that behavior,” she said.

That really comes as no surprise giving producers are making a TV show and anything that can accelerate drama is likely encouraged.

I guess I’m just wondering why Billie is making these claims now?

If this is true, hopefully Jax is sober now since he and wife Brittany Cartwright are expecting son, Cruz Taylor to be born at any minute!