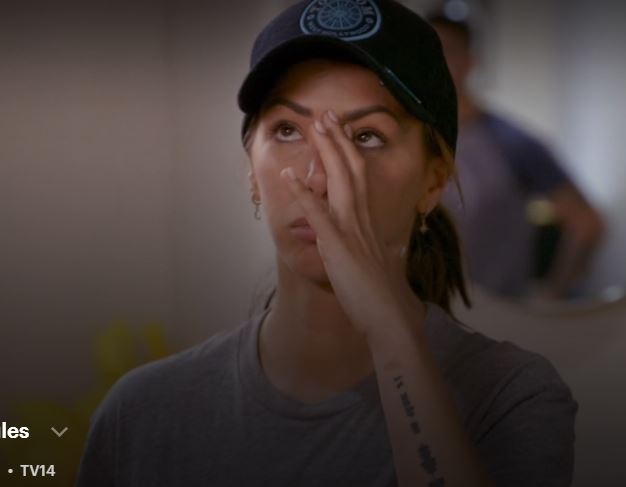 A reality show producers biggest nightmare is having a star that is always self-censoring and playing to cameras to make sure viewers only see what they want them to see.

That is not the case with Kristen Doute. I have to confess when I started watching this show nearly 10 years ago I thought Kristen was so boring and too self conscious.

Well, I was wrong.

Kristen Doute may well be the greatest thing to ever happen to reality TV. She gets drunk and falls out of Ubers breaking teeth, she crashes weddings and parties she is specifically not invited to…even if they happen to be in other states, she packs an overnight bag on 1st dates, she will literally have sex with anyone she is left alone in a room with even while her boyfriend is asleep in the next room….and this is all in the first few seasons of the show.

And she is even “extra” amazing on season 8 as she stumbles through her breakup with boyfriend Brian Carter.  She does not give A F*CK what she looks like or sounds like.

She can’t be bothered to put a comb through her hair or an ounce of make up on her face or even a bra for that matter. Her eyes are puffy and swollen like she’s been crying and drunk for over for 3 days straight. 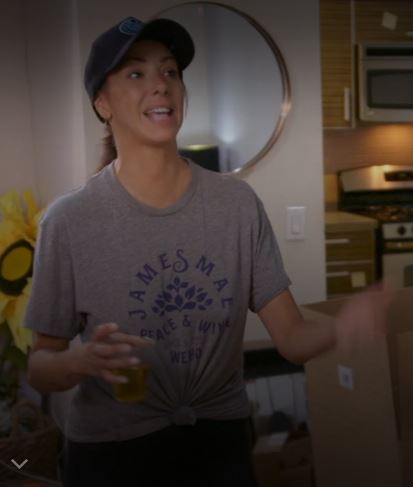 Safe to say, Kristen is not remotely concerned with how she looks on camera.

She grumbles incessantly about all of the ways soon to be ex boyfriend Brian Carter has wronged her. She tells the women they have definitely for sure broken up and insists that when she moves Carter is getting his own place, all while she answers calls from him and gives him the code to her new house so he can drop off some of his things aka he is moving in.

She’s flying over speed bumps with her cell phone in one hand talking to Scheana about Tom and Katie’s wedding in Vegas that she has not been invited to. That’s a $1000 ticket now in CA BTW!

And for some crazy reason BFFs Stassi Schroeder and Katie Maloney are done with her and refuse to invite her to wine and cheese parties and vow renewals.

In fact, it looks like both women are really for sure done with Doute.

At the root of it Stassi and Katie reveal that they didn’t think Kristen wasn’t being honest with them about the details behind her breakup with Brian Carter.

On the premiere of season 8 the gang goes over to Tom and Katie’s new pad.

Kristen walks in and confirms she and Carter are over, but wait….Carter walks in behind her.

Lala confronts Carter and tells him he needs to move out and move on. Carter informs her that Kristen doesn’t want him to move out and they are still together in a lot of ways.

Lala realizes that she’s been lied to by Kristen.

Kristen gets super uncomfortable watching the confrontation because her double life is being exposed to all of her friends that she’s been confiding in for months.

Carter seems confused…like he has not been told they are broken up.: “she came up to me and told me I need to move out because you’re not happy and sad…I was very taken off guard by it.”

Kristen “it’s just none of anyone’s business to ever tell you to move out.”

Carter: “you don’t have to protect me.”

Carter: kisses and says “I love you.”

Katie tells cameras: “Carter has some strange power of Kristen and its fucked up.”

Lala tells cameras: “you can’t tell us that you are really miserable and crying and then call Carter.”

Kristen is confused since she has been lying her way through every relationship, friend or lover, for the past 7 years. She doesn’t understand why the girls aren’t just supporting her!!

Stassi and Katie lament to Scheana Shay about their business contract, Witches of WEHO wine. And how she still has to engage with Kristen until the contract ends.

Katie even takes a dig at Kristen’s James Mae t-shirt brand. “I could print t-shirts with Pinterest quotes, too.”

Schroeder claims, “It’s not like [Doute] made a mistake and lied about it,” flashback to when Doute lied about having sex with her Stassi’s then boyfriend Jax Taylor. “Which is already something hard to get over. It was years of Katie and I dealing with this constant cycle of every other day.”

as major cracks appear in the love story of Kristen and Carter.

This is when the girls first learn that Kristen is paying for EVERYTHING and Carter is quite literally using her as an ATM machine. At one point he even made off with her purse and used her credit card to go shopping.

Doute is understandably miffed and tells him she wishes he was a little more “motivated” in season 7. But Carter proves his love and devotion to Doute in season 8 when puts down the joystick to send a chilling text message to Stassi’s new fiance, Beau Clark.

“Don’t forget to thank Kristen for hooking you guys up. She made it happen and now you and Stassi treat her like s—t. That’s some cold-blooded s—t right there.”

The text just “galvanizes” the crew even more. Carter has dug a serious hole.

But take heart, an even larger catastrophe later emerged that made the drama seem very insignificant. Both Stassi and Doute were fired from the show after it was revealed that they called the cops on co-star Faith Stowers in what appeared to be an act of revenge.?

The two Witches of WEHO were devastated and humiliated and have since reignited their friendship.