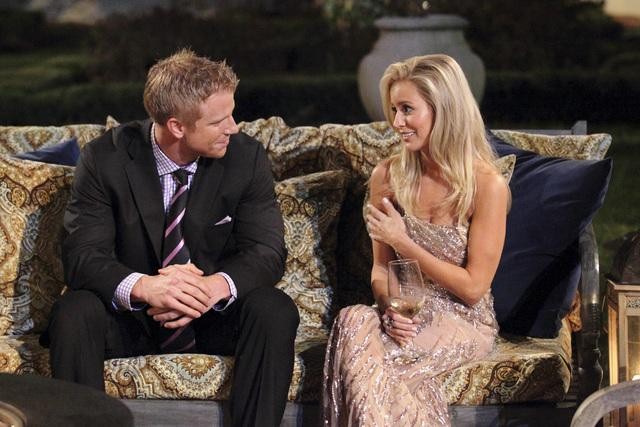 Bachelor spoiler Reality Steve said he was 1000% sure Roberto Martinez was the next Bachelor, but we are not so sure about that.

Obviously, judging  by tonight’s Men Tell All the ladies are going CRAZY for Sean Lowe the 28-year-old Texas-born and bred fitness model/insurance salesman.

We know Sean has the looks to be the Bachelor–ironically he is also an insurance salesman like Roberto! But Sean certainly seems to have more momentum at this point and may be a better choice for the lead than Roberto Martinez.

Show host Chris Harrison spoke to Celebuzz about who the next Bachelor would be.

When asked about Roberto being the next Bachelor, Harrison said, ”He’d be a great Bachelor. He’s a friend of mine, so I think he’s a great guy.”

“Obviously, women think he’s handsome. He’s got charisma and charm, and all that,” said Harrison. “He’s definitely on the radar, but the rumors that it’s a done deal or that he’s our guy are definitely overblown. He’s not. But I’m guessing he’s on the list.”

Sean also seems to be hinting that he may be the lead in a report with Us Weekly.

“That was the first time that I had ever experienced heartbreak in my life. Now that we’ve had some time and distance. . . [I know] Emily’s not the one I’m supposed to be with for the rest of my life. In a way I’m thankful that it ended where it did for me, and I think she made the right decision.”

“I’m not saying that I’m perfect, but I believe that she couldn’t find any faults with me. I think in her heart she just realized that Jef and Arie might be the better choice. I don’t think she was trying to spare my feelings at all. I might have built up [our bond] a little bit more than it really was in my head,” he added.

Hmmmmm, sounds like someone may have a new gig lined up!

I think ABC may be reconsidering their decision now that it’s clear that Sean Lowe is the hands down fan favorite!

Who should be Little Ricki's new Dad? Jef Holm or Arie Luyendyk, Jr.?

The Bachelorette's Sean Lowe on Being Christian