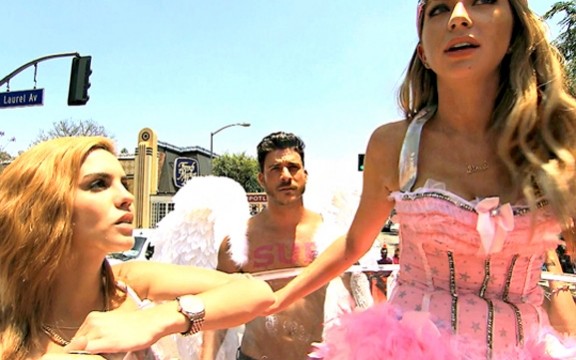 Ok, so we know Vanderpump Rules IS coming back for a new season but “a lot has changed” according to Mr. Jax Taylor.

It looks like Stassi Schroeder is out since she has moved to NYC to be with boyfriend Patrick Meagher. So without Stassi’s sharp tongue and situation-handling skills who will join the cast to replace her?

Well luckily Jax is never lacking in girl drama and it appears that he has a new gorgeous blonde to take Stassi’s place and it appears that this girl may be being groomed to do just that. Her name is Carmen Dickman and she is a 23-years-old model/law student from Saskatchewan, Canada and it looks like she may be joining the cast of Vanderpump Rules!

‘Carmen Dickman is being groomed to take over Stassi Schroeder’s role on Vanderpump Rules next season……. Carmen has been friends with Matt Cutshall who works at SUR and is friends with Jax. She is also most recently pretty tight with Peter Madrigal, Scheana and even Kristen. Kristen just over the weekend started following her on Instagram.’

UPDATE: 4/08/2014 Season 3 of Vanderpump Rules is an OFFICIAL SITUATION! Check out some new names in the cast….

We have an amazing update 2/18/2014 on Bravo scrambling to replace Stassi with Carmen from our show insider here.

Jax Taylor and Carmen Dickman have broken up!