What do Juan Pablo Galavis’ ex girlfriends say about him? 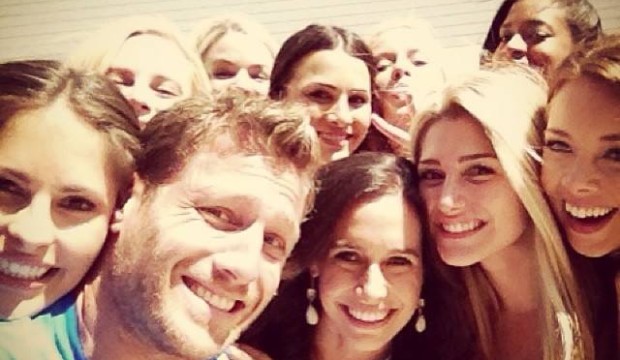 Two of the most important questions on The Bachelor every season are 1: who are the ex-girlfriends and 2: what do they say about him? It’s always about the exes!
So what do Juan Pablo Galavis’ ex girlfriends say about him?
Us Weekly tracked down two of the 32-year-old single dad’s ex-girlfriends to see what they thought about Juan.

“Juan Pablo’s so smooth. He’s a playboy!” ….”All of his friends set him up with women, but he never settles down. He dates a woman, and then moves on to another one. He’s usually seeing someone… Out of Juan and his friends, he dates the most women.”

Another girlfriend of 6 months said:
“Juan Pablo is VERY fickle,” and can be “self-centered” at times.”When you’re dating Juan, you’re along for HIS ride.”"[He] likes a girl who will follow him around.”
Not a shock. Juan is dangerously charismatic. I’m sure he enjoys a lot of admiration from any girl he dates. Despite these comments, both ex-girlfriends actually raved about him as a gentleman and a father. The 32 year-old single dad is on excellent terms with Camila’s baby mama and ex Carla Rodriguez, Venezuelan telenovela star.photo source: Twitter

Kris Jenner's secret trip to visit Ben Flajnik on Keeping up with the Kardashians!