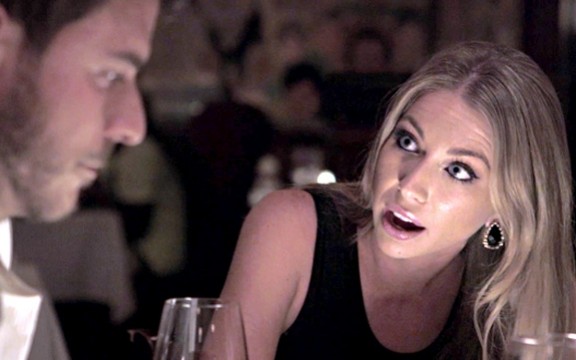 In tonight’s episode of Vanderpump Rules Stassi believes that Kristen has committed the ultimate betrayal on Ep 13: Bitch Slap where she confronts Jax Taylor about sleeping with Kristen Doute.

The preview looked pretty explosive…and the show was even more explosive! Stassi Schroeder accuses Kristen of sleeping with Jax saying:

“This is f***ing retarded,” Kristen responds. “I never banged f***ing Jax. Literally, I’m not even entertaining this.”

Jax’s provides details of the encounters even claiming “We slept together. TWICE”.

Jax claims one time Tom was sleeping in the other room while the two were watching a movie.

It happened the night that I picked her up and then the first time was when (Tom was home–Kristen says.)

Well I can’t see any reason that Jax would admit to sleeping with Kristen if it were not true.

This is on the heals of news that Kristen Doute has officially broken up with Tom Sandoval and moved out of the place they share together.

Tom Sandoval weighs in: “I just love how everyone really, really cares about our business.”

“You know what, I really, definitely care about one of my supposed best friends banging my ex-boyfriend during the time,” Stassi replies “Shut the f*** up. You are a liar. No one believes you. You are a dirty f***ing w****.”

Of course it ends with a serious bitch slap which it sounds like Kristen deserved….This is gonna be a SERIOUS situation!

“Tom I’m gonna show you the texts verbatim on how she is trying to cover it up.”

Then Jax tells Tom “You cheated on her 50 times.”

Stassi claims she has to “get rid of Kristen.”

Later Jax shows Tom the texts Kristen sent him asking him to cover it up. Tom asks for details about the encounter. Jax tells him they used a condom once and there was oral sex but no kissing. I’d say the verdict is in and it is GUILTY.