Does Jojo Fletcher’s ex boyfriend Chad Rookstool want her back? 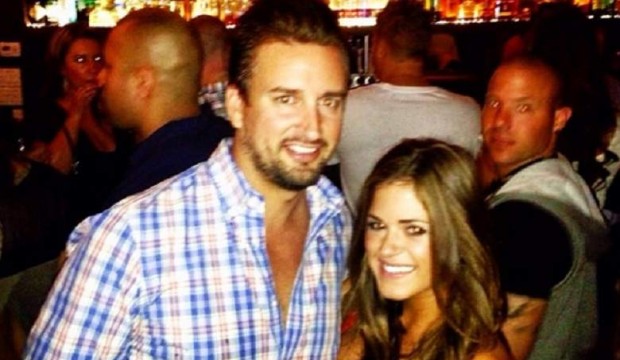 I had a sneaking suspicion that an ex boyfriend or husband was going to become a situation this season because we had too many recent break ups for some of Bachelor Ben Higgins front runners. It was between Caila Quinn, Olivia Caridi, Joelle Fletcher and Amanda Stanton who all broke up with someone fairly recently.

And it appears that an ex boyfriend will become an issue tomorrow night on Hometowns when 26-year-old Ben Higgins heads to Dallas to meet the family of 24-year-old real estate developer Jojo Fletcher.

First Ben is confronted by Jojo’s older brothers, Ben and Matt Patton who do not approve of Ben, then her ex boyfriend 38-year-old Salon owner Chad Rookstool leaves a letter and flowers on Jojo’s front door step! The letter suggests that the ex still has feelings for her and signs the card, “Love, Chad xoxo.”

Seriously, what is it about this show that makes ex boyfriends come crawling back? Chad as we learned from Jojo dumped her because he just could not commit and could not return her feelings. Joelle’s voiceover says, “my feelings are elsewhere”….which could mean….. ANYTHING!

In fact Joelle told Ben a few weeks ago that her and Chad broke up a mere 5 months earlier.

“I wasn’t the only person involved in their life” ……. “it brought up a lot of insecurities for me.”

She also claimed that, “He could not return the feelings”. But apparently Chad IS ready to return those feelings now that Jojo is looking for love on national television! And given that he broke up with her because of his “lack” of feelings this could be a BIG situation and potentially a deal breaker for Ben!

Married at First Sight season 3 reunion will be dramatic