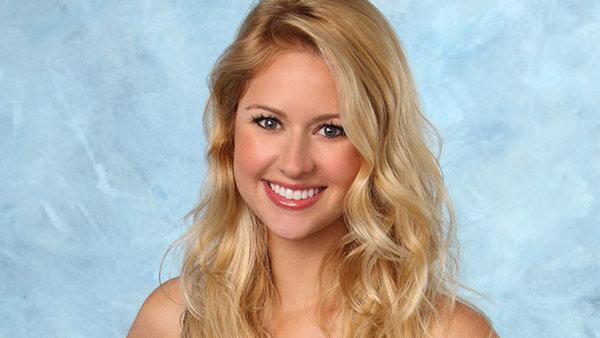 What happens to Casey Shteamer? Who has the boyfriend back home?

Tonight the producers dropped a major teaser about Casey Shteamer but what happens?!  Reality Steve seemed to suggest that Casey S had a boyfriend and may have been the subject of last week’s ABC tweet: “Soon it will be revealed that one bachelorette still has a boyfriend… Who do you think it is?” I’m not entirely sold on this.

Her alleged boyfriend’s name is Michael Patak and he runs a trading company called TopStepTrader in Chicago, which may explain Casey’s odd profession: trading clerk. In a new interview, Chris Harrison hints that “Casey S. plays a very big part in the coming weeks…. [she] won’t be in the background very long.” Is Casey the token chick with the boyfriend? Well not if you believe the counter-intelligence being launched by ABC suggesting it’s not what we think.

I think it may be Courtney Robertson or both girls have boyfriends. Although if it is Courtney, she clearly ends things and continues on the show. I suspect Courtney’s “boyfriend” Cavan Clark may have contacted producers to turn her in.

Courtney will contend they broke-up and its all a misunderstanding and will continue on the show. Although it could be that both Courtney and Casey have boyfriends back home and may be why the girls had such a connection on the show. See our breakdown of Courtney and Ben’s one-on-one. This is what we said after episode 2 predicting Courtney had a boyfriend.

So the big giveaway statement was after Ben expressed how he really wants someone to share a deep connection with and says he “hasn’t had that in a long time.”

Courtney responds, “I haven’t either” and said “the saddest part is being in a relationship and not having that.” OK!! Right there, watch her say that. Watch how she looks away.

The wounds are clearly very fresh. The thing about liars is that the best lies are ones that are sort of true. She gives herself away even more when Ben asks her why she is still single and she makes a comment about dating bad guys and finding a girls underwear in her bed. At this point she almost breaks down crying.

She also looks away constantly, giving very little eye contact. Liars don’t make eye contact. You could tell by what she said, and the way she said it, that she was still sort of in a relationship and not getting the attention she wanted, bringing me to my theory that Courtney isn’t just doing this for fame, she is doing it to make her boyfriend jealous.

This lines up with what Ryan Seacrest said about her dumping a longtime boyfriend pre-show. She dumped her boyfriend because she found out she was chosen for the show and saw it as the perfect opportunity to get back at him.

The shot of Chris hugging Casey S in the preview for next week’s episode is intriguing. If you have been following Chris the way I have you know he doesn’t hand out hugs that easily (see Jillian’s season, Ali’s season etc.) He keeps things extremely professional. It seems odd for Chris to throw out a full frontal consulation hug for a girl crying about being caught in a lie. We’ll have to wait until next week to find out for sure. Can’t wait!!!