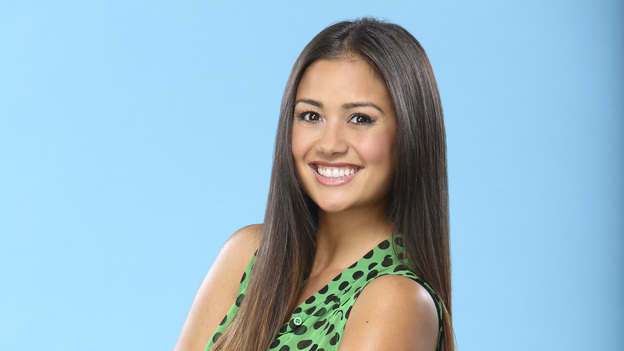 Catherine Giudici has been the most level headed and down to earth lady this season of The Bachelor so it’s hard to imagine that she experienced such a violent and tumultuous past.  In fact we commented about how “normal” her parents appeared-an anomaly for The Bachelor. So to our surprise some documents have just emerged revealing a tragic and violent past.

Ok, so here is the situation….

First, granted this is the NationalEnquirer, BUT legal documents are as solid as it gets in supporting a story so while we don’t like unnamed “insiders”, we have to believe the documents and since the insiders comments are in line with the legal documents we will share them.

“If Sean does end up giving Catherine the final rose, she is going to have some explaining to do about her father’s past,” The court documents obtained reveal that Catherine’s childhood was filled with violence and an aggressive, and verbally abusive father, who “was committed to a psych ward after twice threatening to kill himself.” At one point, the insider says, Carey “threatened himself with a knife, yelling, ‘How would you like MY blood on your hands?’

We hate this detail since Catherine’s father “weighed-in” on our Catherine ethnicity piece and seemed like such a great guy and we still want to believe that this is ancient history and all behind him.

Apparently her mother Cynthia Mejia-Giudici took a restraining order against dad Carey when Catherine was 14 in June of 2001, and the legal papers show that he was violent towards his daughters, and in one violent rage broke windows and threw knives and dishes.

Catherine’s parents divorced the following year, and her dad moved to Taiwan. A family insider told the NationalEnquirer that Catherine has been deeply impacted by her father’s violent past, and claims,

“despite her outward charm and good looks, inside she became tough-as-nails and ‘Bachelor’ fans will root for her. She doesn’t put up with bad behavior from any man.”

Man this certainly will make a hometown with Catherine an interesting situation. I truly hope the family has worked things out since the events occurred. We really liked her dad!!! Perhaps he can weigh-in again for us on this new development.More on Catherine

Sean’s Season of the Bachelor

Sean Lowe hasn't had sex in a long time