What does Brooks Forester think of Desiree Hartsock’s engagement to Chris Siegfried? 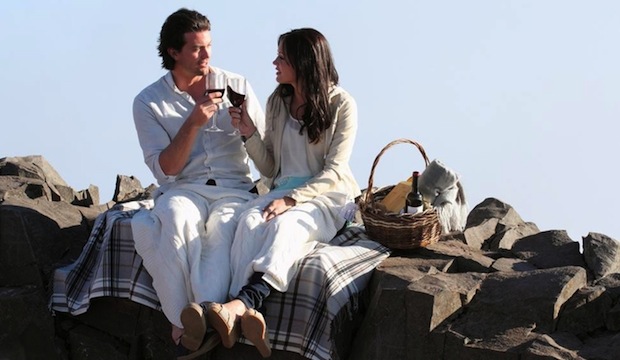 Desiree got dumped by Brooks Forester and sent Drew Kenney packing making for the most unshocking final rose ceremony ever.

E! News spoke with Brooks who revealed what he thinks of Desiree saying yes to Chris’ proposal.

So does Brooks regret breaking up with Desiree?

Brooks is still single (watch out cougars) and claims he has no regrets about his decision to leave the show.

Brooks adds, “Des deserves to be in love with someone that is equally in love with her. If she was at that point, great, I needed to get there and I just wasn’t there just yet.”  And while he tells us,  “I never had a moment where I felt like I should go back and hash things out with Des,” he does admit, “Were there things I missed about her and was I sad to see our relationship come to a close? Yes.”

Brooks says he “wasn’t entirely surprised. I had time to consider all the options of what would be the outcome. I am excited for them and I wish them the best. As I said last night, it was apparent that Des had those feelings for Chris and I know Chris has those feelings for her. I love Chris. I think he is a genuine person and a great guy. Des got what she deserves and I couldn’t be happier for them.”

“The last two months have been difficult. Everyone assumed we were together,” he says. “I am glad that it is over.”

Desiree Hartsock's brother Nate claims she is settling with Chris