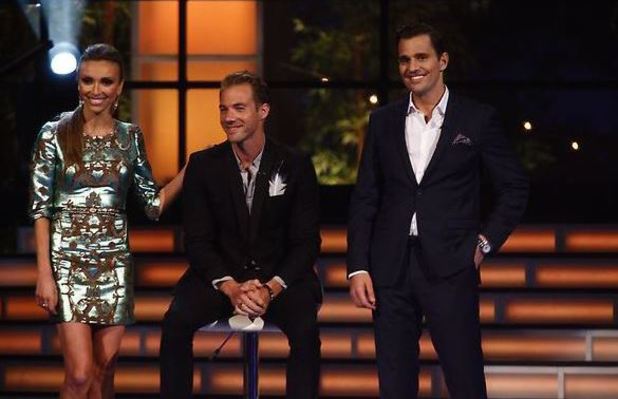 Ready for Love’s Tim Lopez and Jenna Reeves update 2014: still together and IN LOVE!

Well I am sure people will be thrilled to hear that this couple is still together and still in love. One outta 3 ain’t bad NBC.

So the 31-year-old Plain White T’s rocker Tim Lopez rocker and ‘Ready for Love’ bachelor chose 23-year-old Independent Designer Jenna Reeves after 9 weeks of reality dating and Tim surprised Jenna with a song that he wrote just for her.

A fan asked this question on a Ready For Love fan thread about the song:

‘Hi Jenna. I haven’t posted here before but when I saw you are here, I couldn’t resist it. So…..

1- In his song, Tim says something about your dad not approving. What did Tim to to make your dad hate him? Maybe hate is the wrong word, but he felt strongly enough about it to put it in a song, so he must think your dad hates him at least.

2- What was that stuff about Matthew’s jeep?’

‘Tim and my Dad get along great. They go golfing sometimes. The song was just about our journey through the events of the show and one of them was my Dad grilling him – which they didn’t show much of.

So with no further ado here is the song aptly titled….’Jenna Reeves’

Details on their engagement and upcoming wedding
Ready for Love Updates