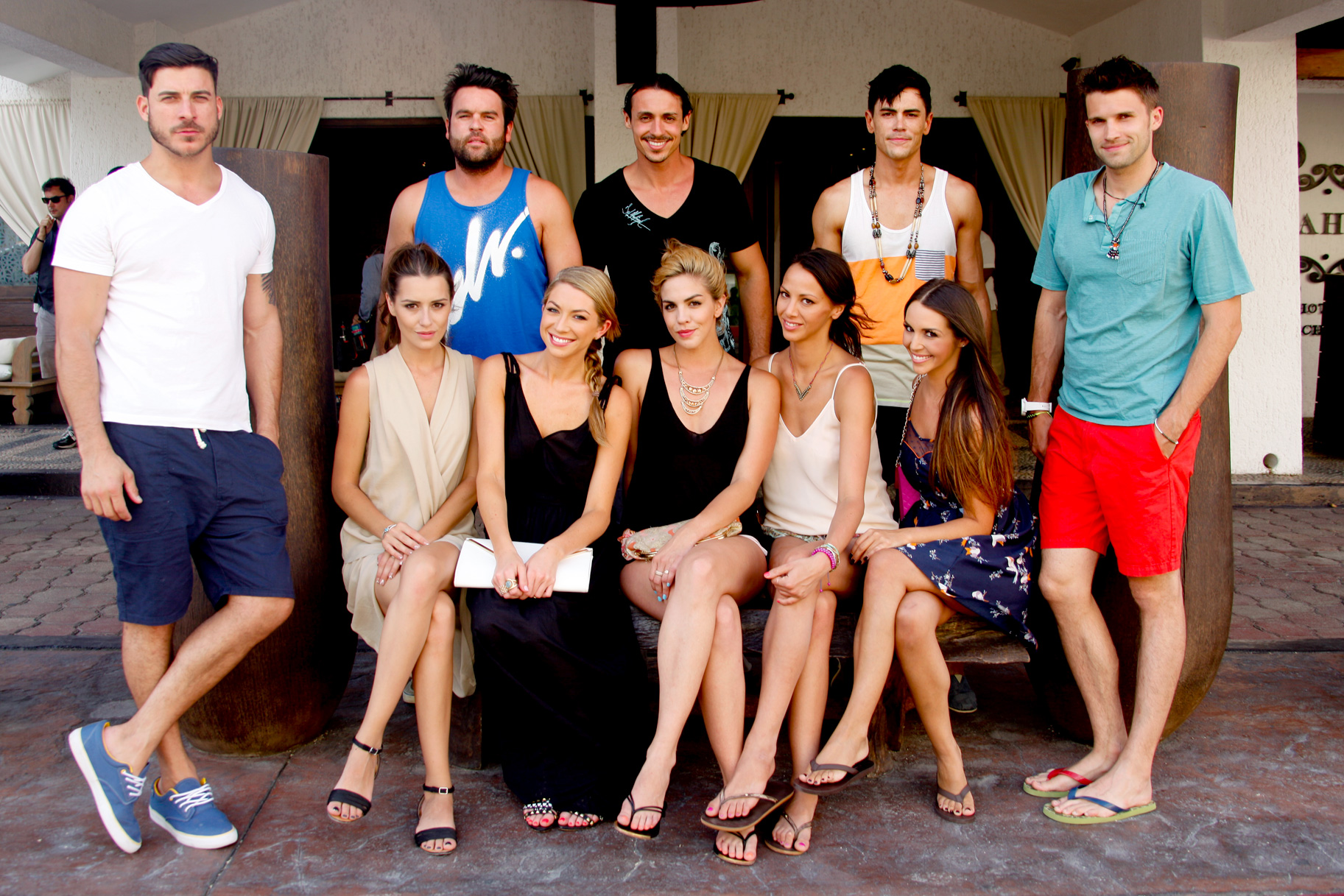 The Vanderpump Rules love triangle — Tom Sandoval, girlfriend Kristen Doute and co-star Ariana Madix has been the focus this season of Vanderpump Rules. The big fight has been over whether Tom slept with co-star Ariana or not. Kristen has been stalking Tom stealing his phone and reading his suspicious texts from Ariana in an effort to learn the truth.

So this week the crew heads down to Cabo for Stassi Schroeder’s humble 25th birthday party. While there, Stassi cooks up a scheme to get Jax to tell her with certainty whether Tom and Ariana have slept together or not. Jax comes out to talk to Stassi while she wades in the pool topless–smart move Stassi.

Stassi seizes the opportunity to grill Jax on whether the rumor is true. In an effort to win Stassi back Jax finally concedes that it is in fact true but that he does not want to throw his good friend under the bus. Stassi then sends Jax on a mission to force Tom to confess.

So Monday night we will see if Tom actually makes the confession.

The two started the season with a lot of fighting after Tom cheats with a mystery girl in Las Vegas.

Kristen then calls up Lisa Vanderpump on the phone and tells her that she won’t be working at SUR anymore if Adriana is still working there. Lisa asks her to wait and that they can talk about it the next day when she is back.

Kristen goes on to say that when she gets home she will be moving out and breaking up with Tom.

So, after all the drama, it looks like Jax was finally right about one rumor.

This situation has earned 4.5 out of 5 clasped hands….

1 thought on “Did Tom Sandoval sleep with Ariana Madix?”