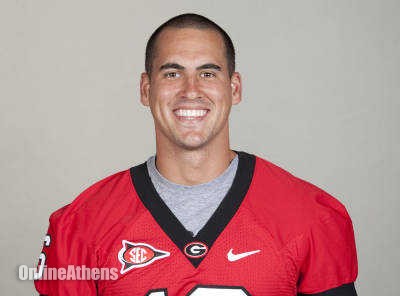 Good God ABC is fast this season. The Bachelor finale wasn’t even a week ago and we already know several of the contestants for Andi Dorfman’s season of The Bachelorette which will air on May 19, 2014.

Reality Steve thinks that contestant Josh Murray will be a big front-runner. For one he is geographically desirable, living in Georgia. Two, his younger brother is former University of Georgia quarterback Aaron Murray. And daddy, 54-year-old Hy Dorfman is a huge UGA fan. NTM Josh’s mom Lauren is Jewish.

“I would be SHOCKED if Josh doesn’t at least make it to hometowns. And this guy has ‘next Bachelor’ written all over him if he doesn’t win.”

According to our favorite spoiler and NSA phone tapper Reality Steve these are the contestants thus far:

Lives in California. Graduated in 2006 with a degree in communications and works as an account supervisor for  a communications company, Allergan in Costa Mesa, CA.

Opera singer and received both his Bachelors and Masters degrees in music.

Osborne  is an assistant coach at a high school for boy’s basketball and graduated from Temple University with a Bachelor’s in Sports and Recreational Management.

Poole is a media solutions strategist for Facebook in LA. He graduated from Whitman College in 2006 with a Bachelor’s degree in history. Bauer works for Century Link as a marketing manager. graduated from Colorado State University in 2006 with a B.B.A. in marketing.

Melnick is a cosmetologist and works as a hairstylist in Blue Bell, Pennsylvania.

He also has a men’s fashion blog.

Ethnic background: Grodd was born in Canada and is half German and half Polish. Ron is currently a distributor sales manager for Miller Coors.

Education: Graduated Loyola University in New Orleans in 2008 with a B.A. in Marketing.

Enjoys Crossfit, and doing yoga on the beach Education: American University of the Caribbean

In a band called “The Danes” Yep, you heard right. Chris B is coming back! sort of … Here is his Bio:  ‘Bachelor Pad 3′ cast: Chris Bukowski [Bio, Photos, Twitter]

The Bachelorette season 10 premieres May 19.