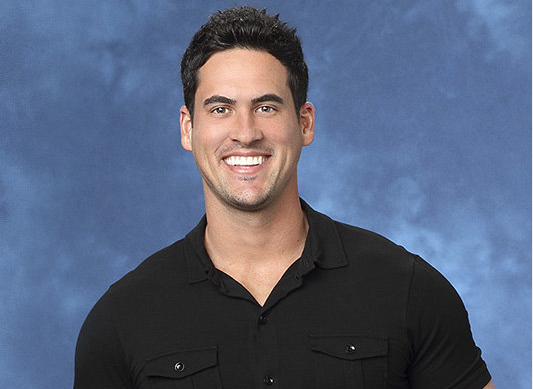 Brother: Aaron Murray
Sister: Stephanie Murray, 21
Mother: Lauren Murray maiden name Lauren Shiro (mom had a bout with brain cancer) She was a college cheerleader at Florida International.
Father: Dennis, Engineer (played minor league baseball). Denny also was on the football team at Cornell and played basketball. He was a pitcher in the Blue Jays’ organization.
Josh’ Grandfather is Ted Shiro.
Josh’ parents have lived in Tampa for 24 years since moving from Miami.
UPDATE 7/28/2014: Andi Dorfman IS engaged to Josh Murray!!!

Josh Murray does have an arrest record for disorderly conduct from February 2008.

“Do you consider yourself a romantic?
Yes, I love to wine and dine and treat a woman how she should be treated. I like to please.

If you could have one superpower, what would it be and why?
Travel back in time to change some things.”