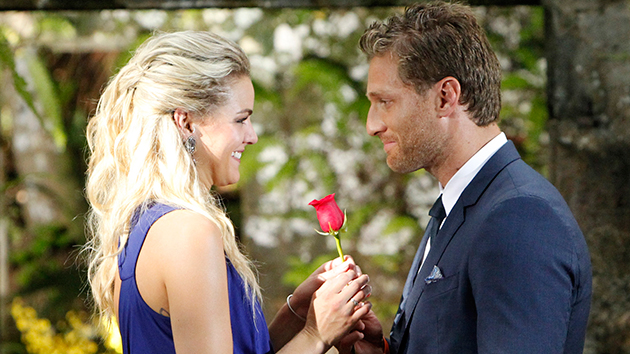 In the end, the single dad 32-year-old Juan Pablo Galavis chose 26-year-old model and pediatric nurse Nikki Ferrell proclaiming, ‘I like you a lot.’ And Juan Pablo and his winner Nikki Ferrell must be thrilled that the show is over and they can take their relationship ‘off’-camera’ and on to Twitter where it belongs.

It’s been no secret that Juan Pablo has been quite controversial and ‘difficult’ for producers. Apparently Juan did not get the memo that this was a television show and would air on the television to millions of people.

He did not want to share any of the details of his new relationship on the AFTR ep.

After seeing how difficult he was on the finale and on The After the Final Rose episode we were all worried that this couple would not even make it until the ATFR show aired, but alas, they have survived the 4 months of hiding and are OFFICIALLY STILL together!

He recently tweeted this:

‘The END of Mi Aventura STARTS now on ABC’

On the AFTR show JP would not even say that he loved Nikki. Chris Harrison directly asked her if he ‘loved’ his amazing lady and he said:

‘I’m not going to answer that question.’

Nikki recently posted this on Instagram: ‘You can’t rush something you want to last forever’.

The Bachelor star Juan Pablo Galavis took to Instagram to clearly prove he was still with Nikki….

“Throw me to the wolves and I’ll come back leading the pack,” Galavis said posting a selfie of himself and winner Nikki Ferrell .

“We are FREE @nikki_ferrell…” he wrote.

So now the happy couple is celebrating the end of the media storm and the beginning of their relationship by vacationing in the Dominican Republic — on ABC’s dime I take it. I guess we will have to wait and see if Nikki gets her $40,000 Neil Lane engagement ring!

1 thought on “Are Juan Pablo Galavis and Nikki Ferrell still together?”