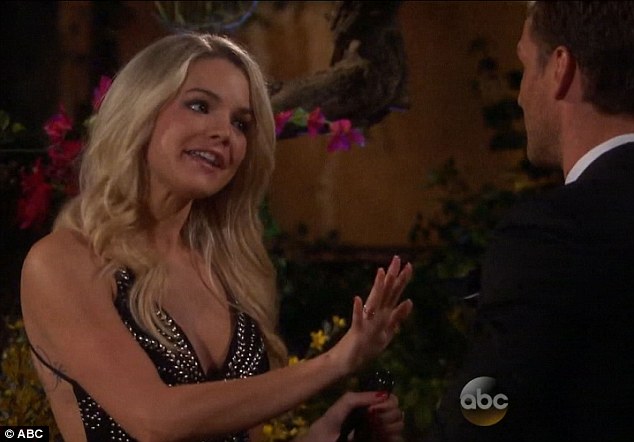 BUT, according to a source at Life & Style magazine Nikki is NOT happy with this new situation. This could be the fastest break-up in Bachelor history and I love the reason…

Reportedly, the 32-year-old is broke and lives with his parents in Miami.

“Most of the money Juan Pablo got from soccer is probably long gone. Money must be tight, because he lives in a three-bedroom apartment with his mom and dad.”

The source also claims that JP came on the show to make some money.

“The reason he was so interested in being the Bachelor was to make money and become more famous. He’s always actively looking for money and work.”

I have always been a bit suspect of Galavis career. It sounded ambiguous and more like a lot of ABC fluff kind of like how Sean Lowe went from being a State Farm insurance agent to being an ‘entrepeneur’. The source said that currently he works as a sports consultant for the Venezuelan Baseball Hall of Fame and that he has active work only during baseball season, and monetary situation becomes a bit tight once the season is over.

“During baseball season, he has to travel to different ballparks and try to get Venezuelan players to sign memorabilia he can bring back to the Hall of Fame,” the source said.

The source says that if Ferrell and Crawley are not aware of Galavis’ reality “the winner is about to be very surprised. She has no idea what she’s in for.”

Who is Juan Pablo Galavis’ family?

I will add something here. Ok, I have been following him and ex Carla on Twitter and look I get that they are from Venezuela and love their country, BUT the copious postings about Venezuelan protests….betcha anything they are being paid by the US State Dept to do that. The State Dept pays high profile peeps to blast their fake protests all over social media so interests can swoop in and take over countries.

I mean again I get it, they love their country, but Juan Pablo is not the sharpest tool in the shed. This guy who never once talked to his would-be-partners about politics or social issues is suddenly a passionate activist? Nope, not buyin’ it for one second. This guy is ALL about the money. And it sounds like Carla is out of work right now too so getting paid to tweet propaganda probably sounds pretty good to them.