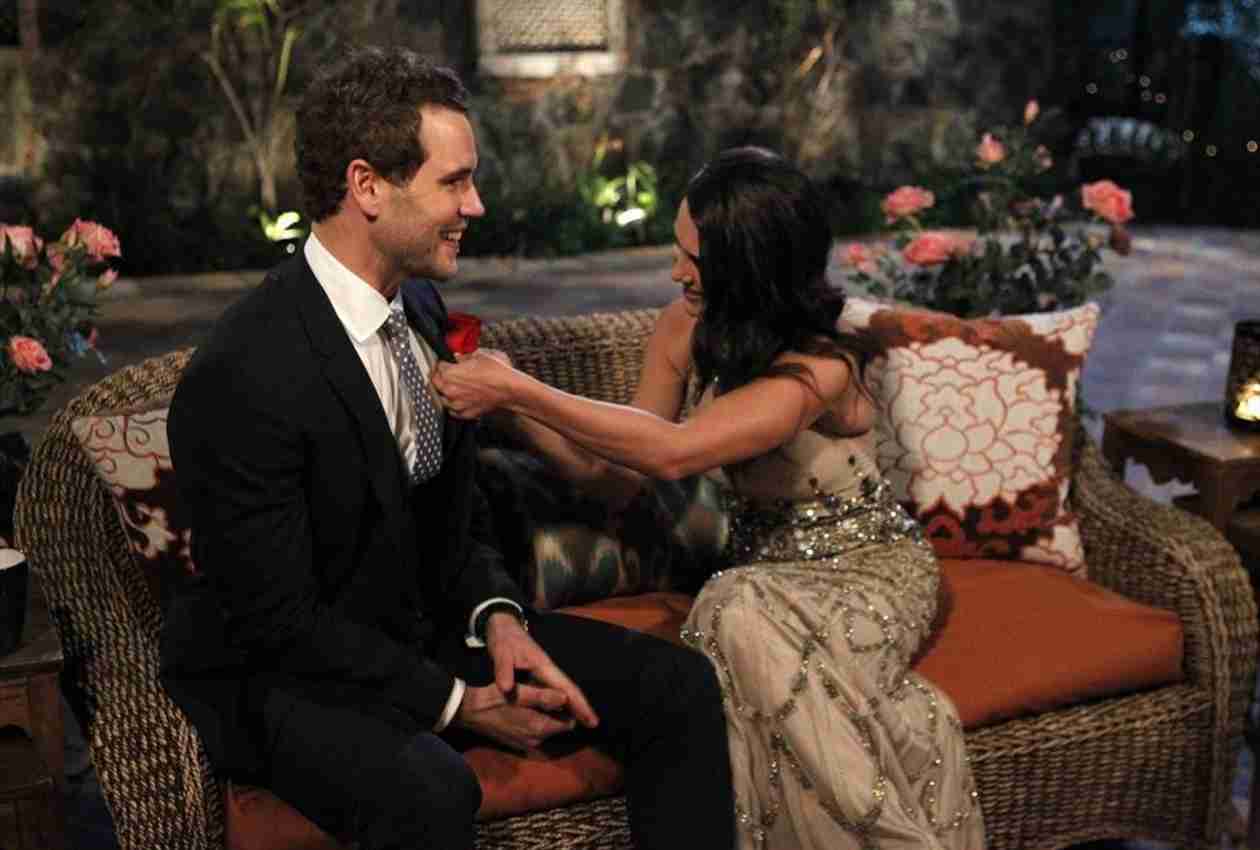 Milwaukee account executive Nick Viall, 33 won the coveted first impression rose Monday night much to the surprise of everyone. Not that Nick isn’t adorable, but we know Andi likes the big jock types and there were so many choose from.

We know that Nick comes from a rather large family of 11 kids! Wow! Well Andi did tell producers she wanted a guy who loved his family–so maybe that was part of it.

We know that Nick was once engaged but broke it off because he just didn’t feel like she was the one, but we don’t know to whom. We also know that Andi Dorfman was in a serious 4 year relationship with 30 year-old football player John Busing, which she broke off just before going on The Bachelor for the same reasons. So perhaps Andi felt a bond with Nick over their similar experiences.

Andi explained in her People blog why she gave that first impression rose to Nick:

“When it came time to hand out my first impression rose, I had a lot of great options – Chris, JJ and Marcus to name a few – but my instinct to give it to Nick V. was definitely reaffirmed when I had some time to talk to him. I saw a lot of his personality in myself. I remember how skeptical I was that first night and I saw it in him. I wanted to give him the rose to let him know to have a little faith in me and in this process as well. I wanted him to get over some of his fears.”

Once again, the enneagram one—like I said, they are natural teachers. They are always teaching! Even while searching for a life partner on reality television.

Anyhoo, needless to say Nick made a serious impression on the 27 year-old criminal attorney and he planned this cute impromptu one-on-one for Andi outside The Bachelor mansion. Enjoy!