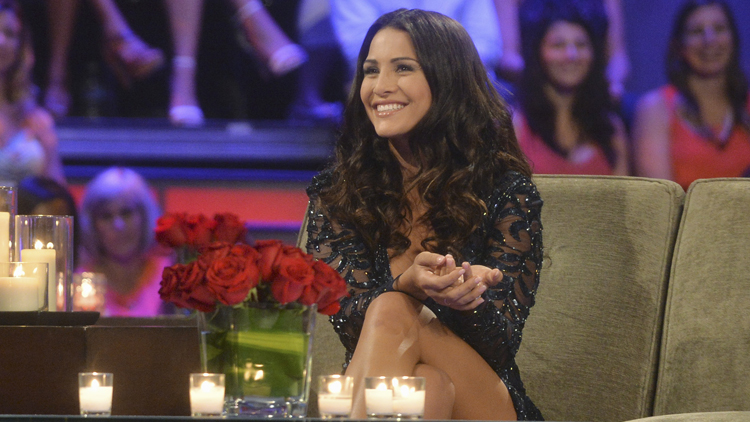 Monday night Bachelorette Andi Dorfman saw the guys she sent home for the first time since taping the show on The Men Tell All.

Hands down the two hardest confrontations were with Marcus Grodd and Chris Soules since both men had fallen head over heals in love with the 27-year-old prosecutor.

It must have been incredibly awkward and uncomfortable for her but also important for the two men to get answers to their questions.

She claims in her People blog that Marcus, “did everything right, but other relationships were just stronger. He’s the perfect example of how everything can be great on paper, but it doesn’t always equal great love. It was important to me for Marcus to know that I wasn’t scared by how early he declared his feelings for me.”

And with Chris Soules Andi decided to be honest:

“I wanted Chris to know that the reason I sent him home was not only because I didn’t see myself in Iowa, but also because I didn’t see a foundation with us. I believe that if you have the love, you can live anywhere, and I have no doubt Chris will find a love to bring back to Iowa. Who knows, maybe it’s that superfan who jumped on stage, ha ha!”—yeah I am doubting that!

Then Chris Harrison busted out the infamous manila envelope (remember the last time he did that was when he received evidence that Casey Shteamer had a boyfriend back in the “United States” and he had to send her home). Anyhow CBH busts out the evidence folder once again and offers Andi the chance to learn what Josh Murray lied to her about.

After intense deliberation Andi decided to forgo this once in a lifetime opportunity and “trust” Josh. Damn it!!!! Forget “trust”! We, the fans, would like to know!!

“I have to admit I was not expecting Chris Harrison to pull out the lie detector results from Italy! That’s the one moment I’ve kept thinking and thinking about! Major props to Dylan for laughing everything off with his bottle of sanitizer. I was also very proud of Marcus for not revealing his number. I know the audience really wanted to read Josh’s results, but I really trust both of my final men, so I definitely didn’t want to see the results. That was, again, a hard decision, but I think a right decision.”

Damn you Andi!!! We want to know! How about if you let us read them? We promise not to tell…..