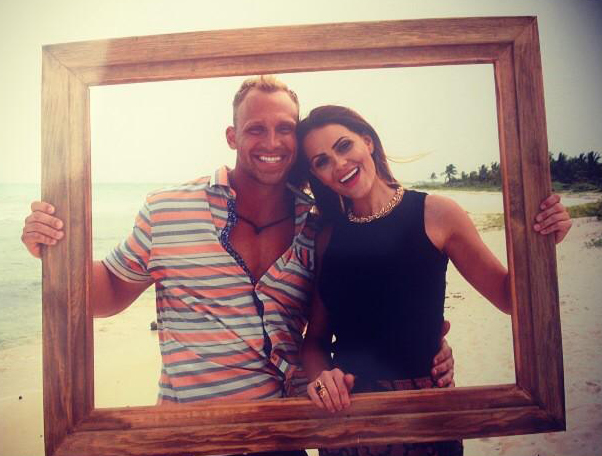 The Bachelor in Paradise finale was actually more sweet than shocking especially the unlikely relationship of infamous Bachelor villain Michelle Money and Bachelorette muscle boy Cody Sattler. The new couple ‘sealed the deal’ in the Fantasy Suite and confirmed that they were crazy about each other and wanted to continue to live as a couple off camera despite living in separate states.

Michelle had a touching phone call with her 9-year-old daughter Brielle who gave her a thumbs up on Cody. Obviously Michelle’s young daughter made her decision a lot more critical. So the show wrapped in June and thankfully the couple is still crazy about each other and starting a life together.

“It’s been so easy, and it’s only gotten better since the show ended,”Cody Sattler told Us Weekly. “It’s going in the right direction, I can tell you that!”

“For me, it was either three strikes and you’re out, or third time’s a charm,” ….. “I’ve been through a lot with the Bachelor franchise. I’ve had some amazing experiences and met incredible people, but I’ve never met anyone as amazing as Cody. I never thought someone like him existed. It’s been such a beautiful surprise.”

Michelle was on Brad Womack‘s second season of The Bachelor in 2011, and season two of Bachelor Pad later that same year — She fell for Graham Bunn on The Pad and the two dated for a while off screen.

Cody has actually just moved to Salt Lake City to be with Michelle and her daughter. The two have already been on vacation with her family. “It was amazing. My family adores him.”

Michelle’s 9-year-old daughter, Brielle “loves Cody,” Money claims. “We laugh nonstop. Cody is a big jungle gym for her — she climbs all over him. They’re like two little kids.” ….. “He has such a positive, genuine, kind, loving spirit. Anyone who knows him will you tell you the same thing.”

Sattler gushed about his new girl, “I love everything about this girl. She’s just a down-to-earth woman. She’s beautiful, she’s a great mom — I just love how cool she is,” …… “From the moment I met her, I just had this crazy connection with her. She gets me, I get her. It’s like I found my best friend who is the most beautiful woman on the planet.”

“I want to marry this girl. I wouldn’t be moving to Salt Lake City if I didn’t see that in the future,” he tells Us. There’s no timeline for that yet, but Sattler says it’ll happen “sooner rather than later”….. “I can’t wait to call this woman my wife,” …. “I want to get married, and I can’t think of a better person to spend my life with than Michelle.”