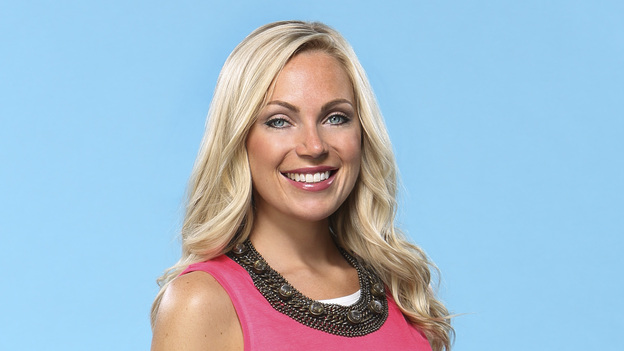 Sarah Herron shocked us this week when she revealed that she came on Bachelor in Paradise to meet Brooks Forester. Apparently the two had met previously and had developed a mutual crush on one another. So when Brooks showed up it took Sarah off guard and made her rethink her budding relationship with Robert Graham.

Here is what Sarah said about the awkward situation in her Parade blog:

“Just as things heat up for Robert and I in the ocean next week, the promo reveals a day I’ve been dreading to watch. A new guy joins the house – and potentially ruins everything for Robert and I. If there had been Xanax in Paradise I would have been popping them like Tic Tacs because this newcomer is someone I had been hoping would be there since day one. When the reality set in that he wasn’t coming, I closed the door on that hope and started developing feelings for Robert. You can’t begin to imagine the nervousness I felt when I saw him walking up the beach and the thousands of questions racing through my mind. Like, do I take a chance on pursuing my crush and ruining a great thing with Robert? Or do I stay with the incredible guy I’ve been building an amazing relationship with? I’m sweating right now even just looking back on it.”

Yikes! Brooks has always been a bit of a wild card but the ladies love him for some reason. Robert seems better suited for Sarah in every way but I guess we will have to wait until next week to see if she stays with him or not!