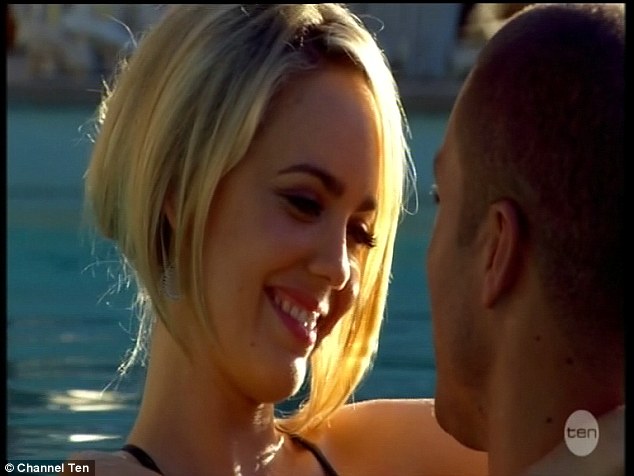 Wow! The situations don’t stop with Bachelor Australia! Now in the LATEST tell-all interview, Blake Garvey, 31 claims Sam Frost’s close friend Lisa Hyde, 27 has been ‘regularly’ contacting him behind her back.

Garvey told Woman’s Day magazine that he has been receiving constant phone calls and text messages from the show’s runner-up Lisa.

Hyde claimed that Garvey had reached out to her after dumping Sam but Garvey told WD this:

‘I once held Lisa in high regard but she’s distorted facts of what really happened.’

‘I understand she’s embarrassed but now she’s started making things up and I’ve been put in a position where I have to prove that.’

Garvey was responding after Lisa and Sam appeared on Channel Ten’s The Project together last week to discuss their close friendship as a result of Blake.

Lisa claimed that Blake had called her after ending his engagement to Sam and before seeing Louise to ask her if she still had feelings for him and that she immediately shut him down.

‘[Blake] actually called me after the finale,’ she claimed on Tuesday.

‘He was in contact with me and then he asked me if I still had feelings for him and if I could see a future with him [but] I told him to get lost.’

‘I said, “How dare you do that to me and how dare you ruin the friendship between Sam and I.’

‘If you wanted to choose me you would have chosen me as number one not your number two. I would never be second to anyone.’

Wow!!!! Who knows what’s true at this point. Does the 4th place girl wanna weigh in? Well gotta hand it to Australia, they definitely know how to bring the drama! Enjoy the Project Ten interview below.