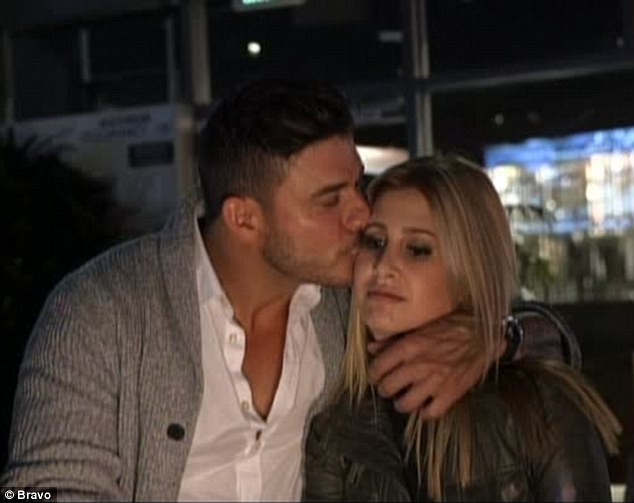 We know that Mr. Jax Taylor is quite a stud with the ladies. He even admitted to his therapist that he was probably a sex addict.

Last season he admitted to having over one hundred sexual partners and losing his virginity at 19.

We also know he dated and slept with Bachelor vixen Courtney Robertson, Shahs of Sunset star Golnesa “GG” (who also informed us that Jax was very well endowed), actress and fellow server Laura Leigh (on the bathroom floor of SUR BTW) and Kristen Doute TWICE!–not using a condom once.

So as a result of his rather abundant and seemingly reckless sex life a lot of fans are wondering if Mr. Jax has any STDs like Herpes and recently someone very brave asked him on a live Reddit chat and he answered!

“Do you have any STDs? How many people have you slept with?

How were you able to sleep at night after sleeping with your best friends crazy girlfriend? Have you and Kristin hooked up since?

Would you sleep with Katie?”

“No with Katie. No on the STDs, haha! I obviously – what I did was obviously difficult, and it’s the one thing – I regret sleeping with Kirsten more so than cheating on Stassi. I’m really upset that I hurt my best friend, because it was not something I intended on doing. I was going through a hard time, everybody goes through hard times, and my life just happens to be on TV. I have a really good best friend, who had the heart to squash this and move on. We should all be so lucky to have such a good best friend.”

“We live in Hollywood, it’s not an easy town to live in, we all go through our ups and downs. My and Stassi’s relationship was a mess, and Kirsten was going through hell in her relationship -it was strictly a sexual thing, no romance, and I regret it 100%. I wish I could take it back, but we’ve moved past it, I’m in a better place, Tom’s in a better place, and we’ve all moved on.”

Well I am surprised he even answered such a personal question, but good to know. Take note ladies! Of course who knows if he is telling the truth or not, but there it is.

Hmmmmm, why is ex girlfriend Stassi Schroeder so angry with Jax?