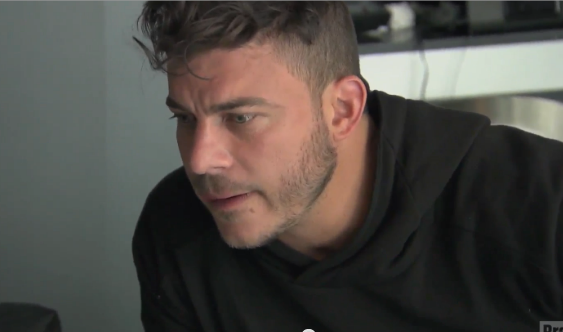 The plot thickens on San Diego Hotel Bathroom-gate on season 3 of Vanderpump Rules on an episode titled What Happens in San Diego.

Tonight we saw Jax Taylor, Peter Madrigal, Tom Schwartz and Tom Sandoval head down to San Diego and the Hard Rock Hotel for a ‘Boys Weekend’. Jax allegedly gets drunk and has sex with a girl in their hotel suite bathroom. He also allegedly brought a bunch of girls up to the room.

@mrjaxtaylor yes I did invite them over to our hotel room. Jax had nothing to do with them. #PumpRules

Just when we thought Peter was far too consumed with straightening his hair to be causing trouble that night, the plot thickens. The SUR manager who always manages to stay above the fray may have been a catalyst in this situation.