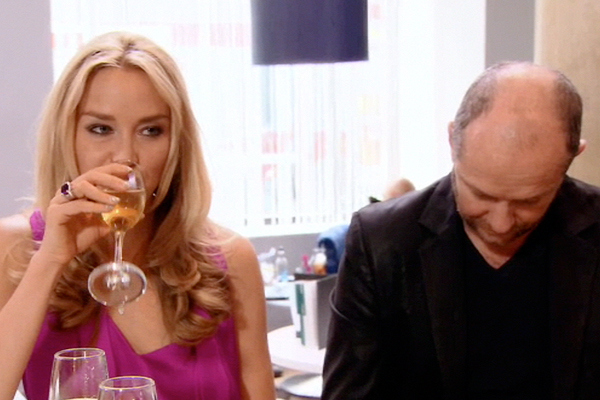 Scot was just found dead on Monday after falling four stories from his Penthouse apartment and impaling himself on an iron rail where he had been living with Noelle.

When the show began Scot was just getting out of prison after being accused of not revealing his finances in his bitter divorce battle with ex-wife Michelle Young.

He claimed that he was “broke” and lost his fortune in a disastrous real estate deal. But Michelle contends that he hid a half billion dollar fortune offshore in order to avoid paying child support and alimony to her and their two daughters.

The battle ended a year ago when Michelle was awarded a paltry 20 million pounds by the court.

She was understandably upset at the small settlement. So interestingly it turns out that she had hired a private detective to follow him looking for hidden assets just weeks before the tragedy occurred, according to the Daily Mail.

Actually it turns out that Michelle had hired up to eight private detectives to search for her husband’s hidden wealth.

Scot Young had been especially paranoid about the search for this potential hidden wealth and claimed that the search was driving him crazy, and demanded to be confined for treatment under the Mental Health Act.

He had even confided in friends that he was afraid he was being followed and could be killed. According to one friend, Young was being tracked by the Russian and Turkish mafia over some property investment deals.

Additionally four of his friends and business associates also died in mysterious circumstances in the last four years according to the UK Telegraph including exiled oligarch Boris Berezovsky, who was found hanging in his Surrey house in 2013.

The Scotland Yard still claims that the death is not suspicious, but judge for yourself.