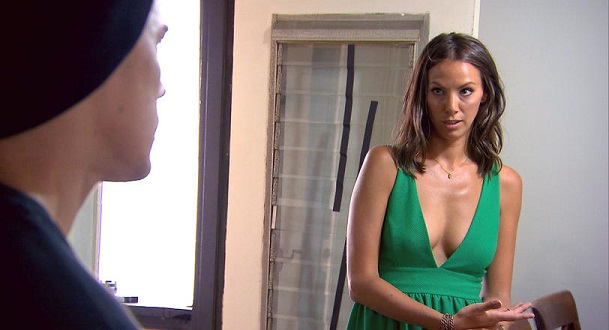 Tonight on Vanderpump Rules season 3 Tom Sandoval expressed exasperation with his relationship with ex-girlfriend Kristen Doute. The two have been broken up for 6 months and Kristen can’t seem to break the chords…at least she can’t seem to fill out a card to have her mail forwarded.

Kristen Doute made an appointment to go to Tom’s and get her mail, but really she went to see if she could get an emotional connection out of Tom. Tom didn’t bite and actually had his friend Tom Schwartz there as a witness to make sure nothing happened.

And it sounds like Tom is still not thrilled with his ex Kristen. He said this in his video vlog about the mail exchange with Kristen.

“Watching a scene like that, what really becomes crystal clear to me is what a difference there is between Ariana and Kristen and how that every time Kristen acts that way, it just increases that gap. I just can’t be more proud and more in love really.”

“It’s really ridiculous for me to see how she got ready to come over to my house. And James is having to watch her get ready and curl her hair and change and put this revealing dress on to come over to her ex-boyfriend’s house. It’s so obvious. If I was him, I would have been long gone.”

“I’m really glad, even watching it now, that I had Schwartz there with me, because Kristen will manipulate things like her coming over to my house, and tell people things happened that don’t happen. So I have to have somebody there.”